DECATUR, Ill. (DTN) -- A honeybee sends out an alarm pheromone to the rest of the hive when it stings an intruder. As a beekeeper, I know more attacks are likely if one of my worker bees gets threatened and draws her weapon.

It seemed a metaphor in the making for agriculture when the EPA released a preliminary risk assessment earlier this month regarding the use of imidacloprid, one of the popular neonicotinoid insecticides.

While the assessment wasn't a sweeping indictment of the product, it established a threshold (25 parts per billion) and concluded that imidacloprid residues in pollen or nectar above this level are likely to have a negative effect on pollinator hives, such as bee losses or reduced honey production.

The document took particular aim at use of imidacloprid, (Gaucho), in cotton and citrus and was less critical of use in corn. However, more reports are coming. Three other neonicotinoid families -- clothianidin, thiamethoxam and dinotefuran -- are also under review by the EPA and awaiting preliminary pollinator risk assessments. These assessments are scheduled for EPA release by December 2016. Crop farmers know these products best by their brand names such as Acceleron, Gaucho, Cruiser and Poncho.

The EPA had already issued a 2014 report that deemed neonicotinoid seed treatments used in soybeans not to be cost effective except in certain agronomic circumstances. This month Purdue University came forth with a bulletin sanctioned by 12 other Midwest universities mostly concurring with evaluation -- summarizing research on both the benefits and unintended consequences of widespread use of neonicotinoid insecticides. (Read the full publication here: http://bit.ly/…)

If these weren't enough stings to start the 2016 season, last week the Center for Food Safety, on behalf of several beekeepers, farmers and sustainable agriculture and conservations groups, filed a lawsuit in federal court charging EPA with failure to adequately regulate neonicotinoid insecticide seed coatings.

Neonicotinoids became widely available in the mid-1990s and first gained popularity in horticulture crops partly because pests had become immune to other insecticides. In addition, these "neonics," as they are often called, were less toxic to mammals than many of the older classes of chemistry being used at the time.

However, because the neonicotinoids block a specific neuron pathway that is more abundant in insects than warm-blooded animals, these insecticides are more selectively toxic to insects (http://edis.ifas.ufl.edu/…). Using them as a seed treatment rather than over the top sprays seemed a safer route. However, the systemic nature of the neonic in the plant, contaminated dust at planting and the widespread use of the product have brought to a new point in time. A Pennsylvania State University study estimated more than 80% of corn, 50% of cotton and 40% of soybean acres were planted with neonicotinoid-treated seed in 2012. Many entomologists figure use has grown significantly since that time.

One of my beekeeping mentors once told me it is impossible to outrun angered bees. His advice was to get away from the hive and find a bush or hedge to hide. The strategy works, but one can't stay hidden forever.

The neonic issue is sticky. As agriculturalists, we know there is no such thing as zero risk and that makes for a tough discussion in a world that often wants absolutes. Still, we've hidden behind our "need to feed the world" platitudes long enough. We need to do more to show neonics are more than convenience products.

The agriculture industry has made some strides in addressing the contaminated talc issue by creating better planter lubricants, but planter designs may also need tweaking. We need more information on how neonics move through the plant and how much of the insecticide really makes it into the pollen, nectar and water bees consume. Pollinators by their very nature are hard to study, but we need solid science that gives us better clues as to what bees do in real-life settings and not just how they behave when force-fed insecticides.

Some of the answers may be painful, but being unwilling to take a hard look at our own practices makes us even more vulnerable to attack.

Read about the latest pollinator assessment on imidacloprid: http://bit.ly/… 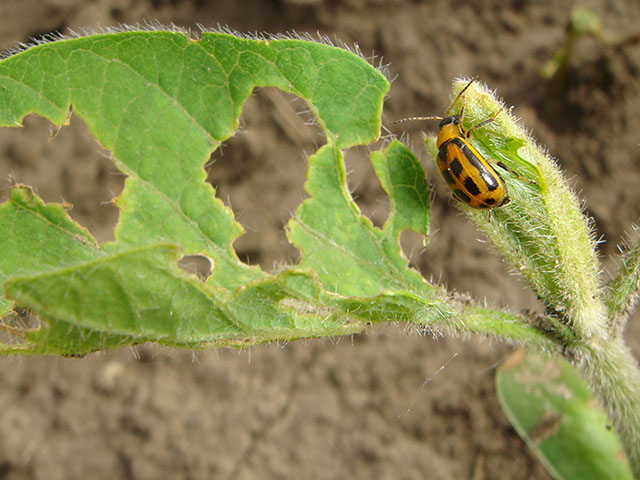