DECATUR, Ill. (DTN) -- Cotton will be the first crop to launch from the Enlist Weed Control System. Dow AgroSciences has announced the technology, which is genetically engineered (GE) to tolerate a special formulation of 2,4-D, will officially roll out to cotton growers in 2016.

The caveat cotton growers need to understand is they may or may not have access to the herbicide meant to complement the system this year. Enlist cotton provides crop tolerance to Enlist Duo herbicide -- a combination of glyphosate and 2,4-D choline. So far, Enlist Duo has not yet been registered for use in cotton. Complicating the herbicide picture is the fact that in November, the EPA petitioned the court to withdraw the registration of Enlist Duo for use on Enlist corn and soybeans for further review.

Jonathan Siebert, Enlist Field Sales Leader, told DTN in an interview during the Beltwide Cotton Conference that the company is waiting for the court to respond to EPA's petition. "We anticipate that we should hear something from the court in January, and based on the outcome of that, we will work with EPA to provide whatever data they need to hopefully expedite and rapidly resolve these issues," said Siebert. "We still feel confident that we'll have things on track for the 2016 growing season."

Enlist cotton will be available in Dow's PhytoGen cottonseed and will be stacked with Genuity Roundup Ready Flex and WideStrike 3 Insect Protection. If registration of Enlist Duo isn't received in time for application during the 2016 season (on the federal and/or state level), Dow AgroSciences told DTN that it will work with growers to utilize and recommend an integrated weed management program that would include a residual herbicide and may include glyphosate or glufosinate. Enlist cotton has tolerance to three modes of action -- 2,4-D, glyphosate and glufosinate.

The idea is to get the germplasm into the hands of growers. Monsanto followed a similar strategy last year when it introduced BollGard II XtendFlex cotton without an approved dicamba herbicide partner. That company is still waiting for a federal label on the corresponding dicamba herbicide.

The need for stewardship of these traits looms large. Growers are anxious to get their hands on new tools, but it's critical we use these products properly in the interim.

Virginia Harris contributed to this article. 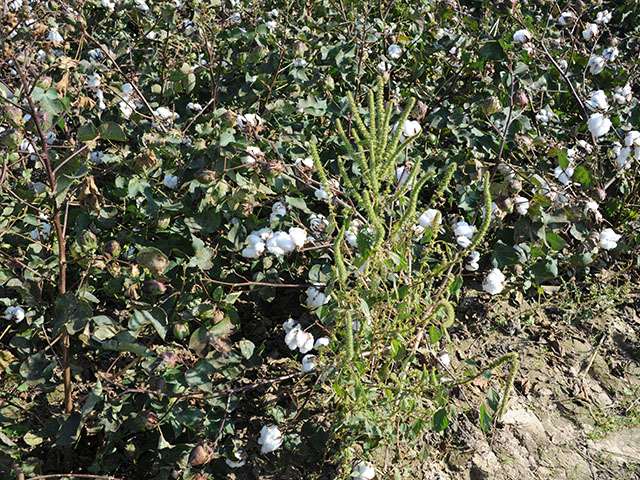