On Dec. 19, 2022, the Surface Transportation Board (STB) adopted Final Offer Rate Review (FORR) along with a voluntary arbitration program (ADR). As part of the rule making on arbitration, the STB proposed carriers that participate in the new small rate case arbitration program would be exempt from rate challenges under the process being proposed in FORR.

The STB, when issuing the decision, said if all the Class I railroads committed to participating in the voluntary arbitration program (ADR) for five years, starting from within the 50 days that the final rule is published in the Federal Register, they would be exempt from the FORR procedure. The final rule was published in the Federal Register on Jan. 4, 2023.

However, some railroads are opposed to the decisions, in particular the ADR. In a Dec. 29 joint "petition of stay" to the STB, CSXT, Norfolk Southern (NS), Union Pacific (UP) and the U.S. subsidiaries of Canadian National (CN) argued that STB's deadline for the Class I railroads to commit to a five-year arbitration program as prescribed in STB's December order is too soon. "There is no justification for a pre-review opt-in requirement forcing railroads to commit to the arbitration program before knowing what its final content will be, including ultimate resolution of reconsideration petitions and appeals, and this aspect of the Dec. 19 decision should be stayed pending resolution of reconsideration petitions and appeals."

The petition went on to say, "Congress has also provided a statutory right of appeal to any party seeking to enjoin or suspend, in whole or in part, a rule, regulation or order of the Surface Transportation Board." The actual wording of Congress (and not specific to the STB) is found in 5 U.S.C. 702 -- Right of review: "A person suffering legal wrong because of agency action, or adversely affected or aggrieved by agency action within the meaning of a relevant statute, is entitled to judicial review thereof."

DTN Staff Reporter Todd Neeley was able to obtain a copy of the CSXT filing to the United States Judicial Panel on Multidistrict Litigation. In the 109-page filing, CSXT said they were seeking relief on the grounds that "certain aspects of the final rule decision are contrary to law, clearly erroneous, arbitrary and capricious, an abuse of discretion and not supported by substantial evidence. CSXT respectfully requests that this court hold unlawful, vacate and set aside certain aspects of the final rule decision and grant such further relief as may be deemed just and proper."

The American Chemistry Council, Corn Refiners Association, National Grain and Feed Association, The Chlorine Institute, The Fertilizer Institute and The National Industrial Transportation League ("Coalition Associations") filed a reply to the joint carriers petition to the STB for a stay of the final rule for the voluntary arbitration of rail rate cases. "A stay would not be consistent with the public interest," noted the filing.

"If the public has an interest in resolving small rate disputes through arbitration, as Joint Carriers assert, that interest would be best served by requiring carriers to decide whether to opt into the program as soon as possible. If all carriers opt in, the public will begin realizing the benefits of the program without delay. If any carrier opts out, the board, shippers and carriers could begin working as soon as possible on identifying any potential changes to the program that would cause the carrier to opt in while also ensuring that shippers continue to view it as a viable pathway for addressing small rate disputes," added the Coalition.

You can see more of the Coalition's comments and all responses/petitions filed concerning the new rule. You can find them on the list of filings under the second column noted by the docket number EP_765: https://www.stb.gov/…

Here's a link to the final rule published in the Federal Register: 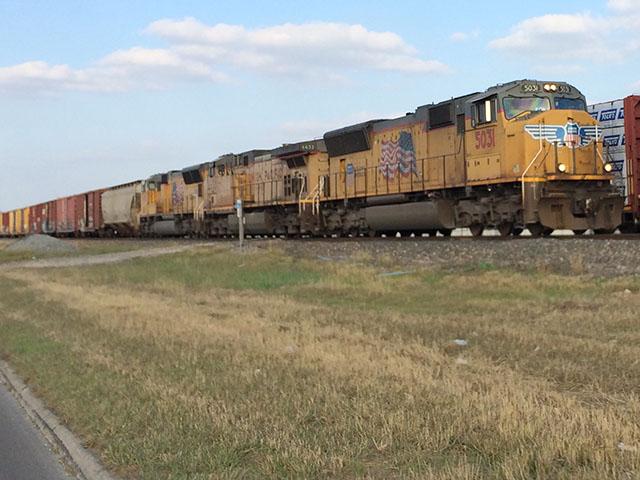