It appears Union Pacific (UP) heeded the stern comments delivered to them by the Surface Transportation Board (STB) at the recent two-day STB hearings.

On Dec. 16, two days after the hearing ended, UP CEO Lance Fritz sent a letter addressed to STB Chairman Marty Oberman via a filing on the STB website stating the UP will pause embargoes. "Thank you for the opportunity to appear at this week's hearing regarding Union Pacific's use of embargoes. I appreciate the feedback we received from our customers and the Board. I assure you, we are taking a hard look at our use of congestion-related embargoes.

"To facilitate that hard look, we are immediately pausing any additional embargoes under the pipeline inventory management program we began in November. The Board and our customers can expect to hear more from us on this subject in the coming days."

Day one of that hearing that lasted longer than intended, ended with Oberman and other STB members challenging UP on the use of unnecessary embargos in order to slow service. Fritz and other UP executives told the STB that executives have said embargoes were necessary to keep its yards fluid to handle congestion affecting its customers.

The STB pointed out that under the common carrier obligation, railroads are to provide "transportation or service on reasonable request," 49 U.S.C. 11101(a). A railroad may not refuse to provide service merely because to do so would be inconvenient or unprofitable, and doing so would be in violation of that act.

National Grain and Feed Association (NGFA) President and CEO Mike Seyfert said in a press release after their testimony that, "We have no doubt UP is working hard to improve rail service, but we fear UP's significant use of embargoes for so-called congestion that is largely the result of UP's actions may be unfairly placing the cost burden of its rail service recovery on their rail shipper customers."

Seyfert added, "If UP were providing the level of rail service that is needed by its customers, the additional private railcars would not be on its system."

Rob Benedict, vice president of Petrochemicals and Midstream at the American Fuel and Petrochemical Manufacturers (AFPM), started his testimony by acknowledging embargoes are an important tool railroads use to control traffic movements and respond to adverse network conditions such as weather, or other issues, beyond a railroad's control.

"When a railroad declares an embargo, they are essentially alerting shippers that they will not be honoring their service contracts -- whether ceasing to accept shipments of certain materials or rail cars or putting caps on the number and types of cars shippers may transport. Breaches of contract or of the common carrier obligation are serious and should only occur under extraordinary conditions," said Benedict.

"The problem we're experiencing today is that UP is declaring a seemingly endless series of embargoes, and rarely for legitimate emergency scenarios. Recently, we have seen an abuse of this tool and a drastic increase in the use of embargoes related to general network congestion,

which is not an exceptional circumstance and certainly not what embargoes were intended for. We have also seen the threat of embargo wielded by railroads to influence shipper behavior," said Benedict.

Benedict also testified that their shippers would not participate because of fear of retribution by UP. "AFPM strongly encouraged member companies to testify directly to you because hearing directly from freight rail shippers with specific examples can further aid you (the STB) in your work. Unfortunately, many of our members are fearful of potential backlash should they testify. One AFPM member noted that they have been directed not to provide any service or embargo details publicly since such testimony could be linked back to their company leaving them vulnerable to retaliation or other subtler recourse from UP."

Jeffrey Sloan, senior director of Regulatory Affairs with American Chemistry Council (ACC), asked the STB to deem that the embargoes are unreasonable and also commented that they were "perhaps a result of railroad decisions to boost profitability." Sloan also testified to the STB that the UP is reducing "normal levels of business" through the embargoes, leaving its shippers unable to move product and with no recourse.

Oberman asked Sloan if his shippers were also afraid of retribution from the UP had they testified, and he said some of them were and therefore would not participate in the hearings.

The ACC also asked the STB to permanently require detailed railroad performance metric reporting, adopt minimum rail service standards and expand reciprocal switching so sole-served facilities can access a second railroad. Sloan mentioned that they could have switched to another Class I railroad, but without the final decision on reciprocal switching, they were unable to do so.

Since 2016, there has been much discussion about reciprocal switching, which would allow shippers served by a single railroad to request bids from a nearby competing railroad. The STB continues to consider whether to expand reciprocal switching in order to boost railroad competition.

Given the comments during the recent two-day UP hearing, and especially the poor service complaints on the Class I from shippers during the Urgent Issues in Freight Rail Service hearings that began on April 26, 2022, there may finally be a resolution from the STB on reciprocal switching.

Here is more information on what precipitated the two-day hearing in a DTN story ahead of the hearings: https://www.dtnpf.com/…

To watch the replay of the hearings, here is the link to the STB website and click on "Watch Live Hearings Here": https://www.stb.gov/…

Link to STB filings containing the Dec. 16 letter and all other filings pertaining to EP_772: https://www.stb.gov/…

Here is more information on reciprocal switching in a DTN story: https://www.dtnpf.com/… 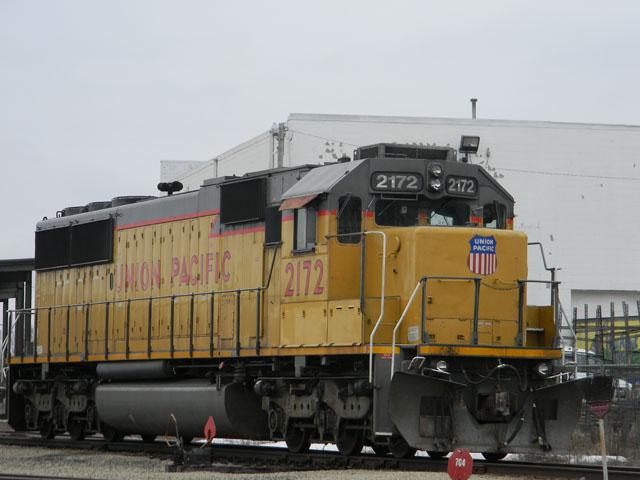