OMAHA (DTN) -- The clock is ticking closer to the possibility of a rail shutdown, and businesses that use rail to ship their products are getting nervous. Agriculture shippers are especially concerned as the U.S. fall harvest starts to ramp up.

With no end in sight yet for a resolution to a new rail worker contract, the National Grain and Feed Association (NGFA) and 30 other agricultural groups -- collectively known as the Agricultural Transportation Working Group -- sent a letter to leaders of House and Senate transportation committees, calling on Congress to intervene, if necessary, to prevent any disruption of rail service if the talks fail between the rail carriers and the unions.

"A complete stoppage of the rail system would lead to shutdowns or slowdowns of rail-dependent facilities, resulting in devastating consequences to our national and global food security," NGFA and the other agricultural groups stated in their letter. "A freight rail stoppage occurring during harvest would exacerbate global food insecurity, further increase inflation, and escalate the already severe service delays rail customers have been facing."

As of now, only five of the 13 unions have reached tentative agreements with railroads on the terms presented in August by the Presidential Emergency Board No. 250 (PEB 250). As for the other eight, they have not agreed yet. According to a survey done by Railroad Workers United, which represents rank-and-file railroaders, nine out of 10 rail workers would vote to reject PEB 250 and go on strike. Ron Kaminkow, an organizer at Railroad Workers United, noted that workers could change their minds when faced with the reality that Congress can take away their main source of leverage at any time.

The Railway Labor Act gives Congress the power to block or delay a strike, as happened in 1991 just 24 hours after workers walked off the job.

"If an agreement is not reached, Congress should act "to avoid significant economic damage to U.S. supply chains and further uncertainty for rail customers," noted the Agricultural Transportation Working Group letter.

Politico also reported that U.S. Labor Secretary Marty Walsh was part of a Sept. 7 session at the National Mediation Board involving the organization representing railroads in national contract negotiations, as well as eight unions that have not yet reached a tentative contract agreement. The negotiators from the two sides are slated to again meet with the Mediation Board Sept. 8 and again Sept. 9 to avert a strike or lockout on Sept. 16, the end of the 30-day cooling-off period.

The House Agriculture and Transportation Committee also have scheduled a joint hearing on Sept. 15 titled "Rail Service Challenges and the Impact on Agriculture." Here is a link to the news release: https://transportation.house.gov/….

However, in the pre-Labor Day joint news release, Dennis Pierce, president of the Brotherhood of Locomotive Engineers and Trainmen (BLET), and Jeremy Ferguson, president of the Sheet Metal-Air-Rail-Transportation Union (SMART-TD), said, "Our goal is to reach an agreement that could be ratified because BLET and SMART-TD members also have the right to control their own futures through the democratic principles that give them the right to vote on and approve contracts.

"One thing is now certain, obtaining such an agreement would be much more likely if Congress took a long Labor Day break and allowed the parties to work out their issues without intervention from the federal government. While we know that many BLET and SMART-TD members would like to strike their carriers for any number of reasons, it should not take a job action to reach an agreement worthy of their consideration."

Pierce and Ferguson concluded, "We call on Congress to stay out of our dispute, and if you do, we are confident that the rail carriers will move from their current positions and settle with their employees in a fashion that could be ratified."

Link to the full press release from BLET and SMART-TD: https://ble-t.org/…. 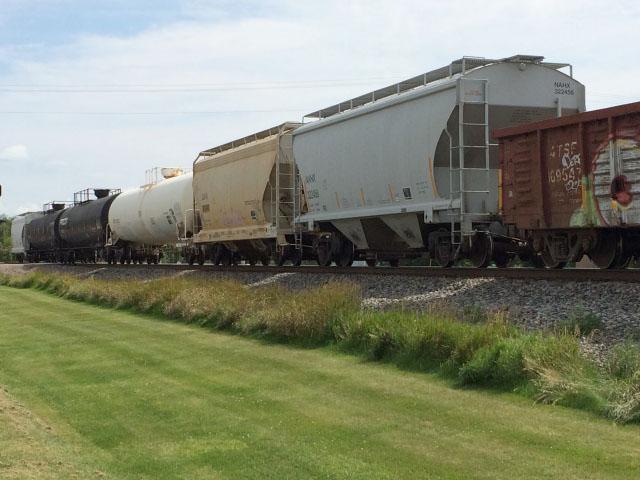