With harvest season underway, farmers will be anxious and hope to avoid dealing with possible rail labor action such as strikes affecting national transportation in the weeks ahead. There hasn't been a national shutdown since the early 1990s. Current contract negotiations affect 115,000 workers.

In the two weeks after the Presidential Emergency Board (PEB) issued PEB 250, which contained recommendations for an end to the rail contract dispute, five of the 12 rail unions have reached tentative agreements with National Carriers' Conference Committee (NCCC), which represents most U.S. Class I freight railroads in national collective bargaining.

However, the other unions and the two largest -- the Brotherhood of Locomotive Engineers and Trainmen (BLET) and the Sheet Metal Workers' Transportation Division (SMART-TD) -- have not yet agreed.

They're also making clear they want to keep working to reach agreements without Congress getting involved and federal government intervention.

UNIONS AT A CROSSROADS

"As we approach Labor Day 2022, our Unions stand at a crossroads. While our normal messages heading into one of the most important days for Organized Labor would be about Labor's proud history of improving the lives of working-class Americans, we are embroiled in the ongoing effort to obtain a National Freight Agreement worthy of our members' consideration," said BLET President Dennis Pierce and SMART-TD President Jeremy Ferguson in a joint statement on Sep. 2.

The BLET and SMART-TD presidents pointed out that it has become clear to them in their post PEB negotiations with the rail carriers that they are counting on the federal government to come to their aid if a tentative agreement is not reached.

"So far, we have not reached an agreement," said Pierce and Ferguson. "The same rail carriers that complain about government intervention when the Federal Railroad Administration (FRA) proposes a rulemaking on crew size, and also shudder at the thought of the Surface Transportation Board (STB) issuing regulations that would help shippers, now all but hide behind Congress, refusing so far to negotiate terms our members would accept and ratify.

"While there are no guarantees for either side as to what Congress might do if they are involved, there is no doubt that the rail carriers expect Congress to intervene to save them from dealing fairly with their employees if there is a job action; UP CEO Fritz so much as publicly said that earlier in the week," they stated.

WILL CONGRESS STEP IN?

They are referring to Union Pacific (UP) CEO Lance Fritz who on Aug. 29 said that he believes railroads and unions will begin to reach agreements on new labor contracts, but that he is also "confident" that Congress will intervene if the ongoing labor dispute reaches the point of a strike or a lockout, according to Trains Magazine. "If we get to the very tail end, there is a chance that anyone who hasn't signed an agreement that isn't going out for ratification can strike or we can lock out. I would prefer that not to happen," Fritz said. "If that were to happen, I'm confident that Congress would step in."

Trains Magazine reported that Fritz said, "Congressional intervention could take four forms. They could extend the cooling-off period and force us back to negotiation; they could impose the recommended settlement by the PEB, or they could create their own (settlement). Or they could send us into binding arbitration. So, they can do anything they want to get a deal. I'm confident that if we don't reach an agreement with every union, Congress will step in quickly and will probably impose either binding arbitration or the recommendations of the PEB."

BLET and SMART-TD presidents said that it is clear they have been "carved out from the rest of rail labor as we were the only unions that the Carriers insisted upon work rule changes from throughout the PEB hearing. Our unions' members have also borne the brunt of inept crew management, life-changing attendance policies, and working conditions over the past years that are making it all but impossible for rail carriers to hire and retain operating employees. As such, BLET and SMART-TD members are situated differently at this stage of the negotiations than the members of most of the other rail unions."

They also said that they do not fault the unions who have decided to allow their members the right to decide their own fate through a ratification vote. "As we reach the end of the Railway Labor Act negotiating process, all of our contracts will soon be settled, one way or the other. Allowing the membership to decide how that happens is at the very core of the labor movement, and our unions will not interfere in the decision by other rail unions to vote upon a tentative agreement based upon the PEB's recommendations.

CONCENTRATING ON GETTING AGREEMENTS

"We will continue to concentrate our efforts on obtaining tentative agreements for our members that are worthy of their consideration. Our goal is to reach an agreement that could be ratified because BLET and SMART-TD members also have the right to control their own futures through the democratic principles that give them the right to vote on and approve contracts."

Pierce and Ferguson added that, "One thing is now certain, obtaining such an agreement would be much more likely if Congress took a long Labor Day break and allowed the parties to work out their issues without intervention from the Federal Government. While we know that many BLET and SMART-TD members would like to strike their carriers for any number of reasons, it should not take a job action to reach an agreement worthy of their consideration. We call on Congress to stay out of our dispute, and if you do, we are confident that the rail carriers will move from their current positions and settle with their employees in a fashion that could be ratified."

Link to DTN story on some of the issues not accepted from the PEB 250 and why: https://www.dtnpf.com/…

Link to DTN story on the proposal to strengthen the STB authority over railroads: https://www.dtnpf.com/… 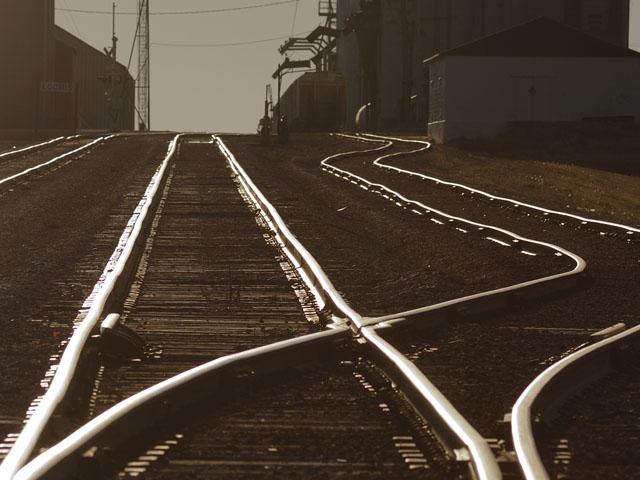