Water Resources Development Act (WRDA) legislation passed on July 29 provides authority for the U.S. Army Corps of Engineers (USACE) to implement water resources development projects. Since 2014, Congress has enacted three consecutive WRDA bills on a biennial basis. On July 15, House Transportation and Infrastructure Committee unanimously approved WRDA 2020, and in May the Senate Environment and Public Works Committee passed its version of the legislation -- the America's Water Infrastructure Act of 2020 (S. 3591).

In a news release issued immediately after the vote, National Grain and Feed said, "Today's bipartisan vote in the House brings Congress one step closer to achieving new WRDA legislation in 2020. NGFA will continue to work with both the House and Senate in an effort to ensure these policy wins for inland waterways and ports are reflected in the final agreement."

"To maintain American agriculture's competitive transportation advantage against other countries, stakeholders must relentlessly make the case for continued investment in U.S. waterways infrastructure," said NGFA Vice President of Legislative Affairs and Public Policy Bobby Frederick. "Today's bipartisan vote in the House brings Congress one step closer to achieving new WRDA legislation in 2020. NGFA will continue to work with both the House and Senate in an effort to ensure these policy wins for inland waterways and ports are reflected in the final agreement. An efficient waterborne transportation system is crucial for growing the American economy and job creation, and is vitally important to U.S. agricultural exports and their positive contribution to the U.S. balance of trade."

H.R. 7575 also would allow access to the existing balance of funds within the Harbor Maintenance Trust Fund (HMTF). Currently, more than $9 billion has been collected and deposited in the fund but gone unspent for its intended purpose.

"Allowing full use of the [HMTF] for its intended purpose would correct the fiscal disservice to those that pay the 0.125% ad valorem tax based upon the value of cargo imports and would help restore the United States' comparative transportation advantage," Frederick said.

Almost all of the locks and dams on the Upper Mississippi River System, including the Illinois Waterway, are experiencing varying levels of problems due do the age of the infrastructure. Currently, there are five locks and dams shuttered for repair on the Illinois River. These locks are all approaching 80 to 90 years old and were built with a 50-year engineered lifespan. The major maintenance effort on the Illinois River is expected to increase the lifespan of these valuable assets another 25 years, according to the U.S. Army Corps of Engineers.

While it was a well-planned closure, grain shippers will be unable to load out corn and soybean barges during the closure. Other modes of transportation will be available during the closures but will not be as cost effective as moving corn or soybeans via barge. Inventories may increase at some terminals and some shippers may load empty barges already berthed to be ready to move as soon as navigation reopens.

In addition to grain movement stoppage, the Kinder Morgan ethanol terminal in Argo, Illinois, cannot move barges downriver during the closure, causing buyers to look for more expensive options. When the closure began on July 1, ethanol cash prices at Argo surged higher, along with prices for rail Chicago Rule 11, which became a secondary and slower moving choice for buyers.

USACE Rock Island District developed a consolidated repair schedule that included a short closure to locks in 2019, followed by two extended closures in 2020 and 2023. The closures are scheduled to take place simultaneously to lessen the effect on commercial navigation as much as possible. As of now, some of the five locks being repaired will be closed through Oct. 29. Here is a link to the updated closure schedule: https://www.mvr.usace.army.mil/…

The river's infrastructure continues to deteriorate and major flood events -- like the latest in 2019 -- put even more stress on our locks and dams. Most of the locks and dams were built in the 1930s with a life expectancy of maybe 50 years. In March 2019, USACE estimated the backlogged maintenance cost for locks and dams of the Mississippi and Illinois rivers to be more than $1 billion.

In addition to lock and dam repairs, money needs to be available for dredging, especially emergency dredging. Shoaling was left behind on nearly the entire Mississippi River System after the 2019 flooding. Dredging costs climbed to nearly $10 million, about five times more than normal, because shoaling was so widespread and allocated funds nearly ran out. Had funds not become available, the dredging would have been put on hold and much of the Upper Mississippi River would have been impassable.

Without appropriate funding for repairs and dredging, there could be severe economic consequences to all industries that rely on the U.S. river system to move their wares to market. 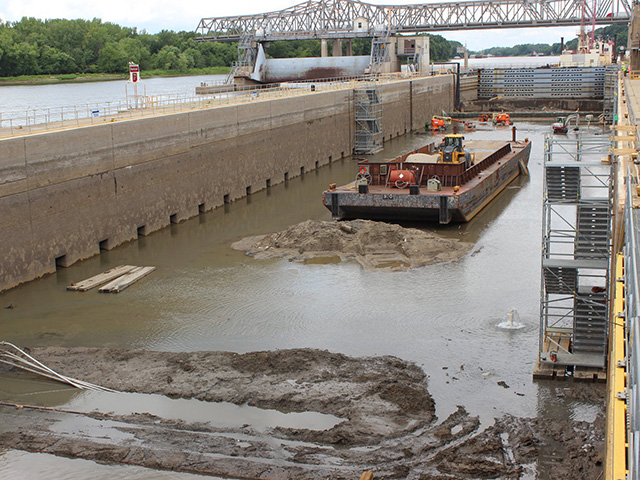