The final deadline for truckers to comply with the electronic logging device rule is fast approaching but continues to face opposition from certain trucking groups.

It has been two years since the still-controversial electronic logging device (ELD) rule took effect, and the final date for 100% compliance is Dec. 16. That means that unless the Federal Motor Carrier Safety Administration (FMCSA) has allowed any commercial motor vehicles (CMV) an exemption, all commercial vehicles traveling on the roads in the U.S. must meet the deadline. Here is a link to the current exemptions and waivers: https://www.fmcsa.dot.gov/….

Of note is that, in the agriculture sector, transporters of livestock and insects are currently not required to have an ELD.

"The statutory exemption will remain in place until further notice," notes the FMCSA. "Drivers do not need to carry any documentation regarding this exemption."

Remember, the ELD and hours of service (HOS) rules intertwine, with the HOS rule being the most contentious for not just the trucking industry, but also for safety advocates as well.

Once the driving time expires when the HOS limit is reached, the ELD doesn't shut the truck down, but it alerts the driver that they are violating the rule if they continue to drive. If they the driver is found in violation, the truck and driver could face being taken out of service. The out-of-service criteria (OOSC) associated with the ELD mandate went into effect on April 1, 2018, for anyone not exempt from compliance. The out-of-service criteria provides uniform enforcement tolerances for roadside inspections to enforcement personnel nationwide, including FMCSA's state partners.

One group in particular, the Small Business in Transportation Coalition (SBTC), has been protesting the ELD rule as it relates to all motor carriers with fewer than 50 employees, including (but not limited to) one-person private and for-hire owner/operators of commercial motor vehicles used in interstate commerce. The SBTC had applied for an exemption, but was officially denied on July 17, 2019. On Oct. 29, the FMCSA noted on the Federal Register that the SBTC had asked the FMCSA to reconsider their application for exemption from the ELD.

The FMCSA noted in the Federal Register that it is requesting public comment on SBTC's application for reconsideration through Nov. 29. https://www.govinfo.gov/…

SBTC President James Lamb said in an Oct. 24 news release on the organization's website that he had taken the matter to Congress in reaction to the Oct. 22, 2019, release of 2018 large-truck fatality data reported by USDOT's National Highway Traffic Safety Administration (NHTSA). That study revealed more truckers died in accidents last year than at any time in the last 30 years.

In a letter to Sen. Roger F. Wicker, R-Miss., chairman of the U.S. Senate Committee on Commerce, Science and Transportation, and Rep. Peter A. DeFazio, D-Ore., chairman of the House Committee on Transportation and Infrastructure, Lamb wrote: "Although NHTSA's release title is intended to highlight a general decrease in highway fatalities, the news is not so good for trucking. Large-truck fatalities increased yet again 0.9% in 2018. This is on top of an increase of at least 4.9% in 2017, the year the ELD mandate went into effect."

Lamb noted that USDOT previously reported truck fatalities for 2017 increased 9%. However, "The Department has now removed from this statistic some pickup trucks from the large-truck category, which, when combined with a trailer, still constitutes commercial motor vehicles over 10,000 pounds, calling into question whether they are trying to skew the results to achieve a lower increase in fatality percentage."

Lamb believes the cause of the increased fatality rate can be attributed to truck drivers recklessly speeding to try to "beat the clock." The FMCS website report titled "Roadside Inspections, Driver Violations" notes that, so far this year in the U.S., speeding is the No. 1 violation. If you read down the list, you will also see infractions related to ELDs. You can change the date at the top to also show comparisons from previous years: https://ai.fmcsa.dot.gov/….

SBTC responded to the 2018 NHTSA report posted on the FMCSA's Facebook page on Oct. 22, saying: "Why are you misleading the public when you know your own data published yesterday showed an INCREASE once again in large truck fatalities? Have you no Honor or shame, FMCSA? This is false, deceptive and misleading."

Also responding on the FMCSA Facebook post was Truckers.com, saying: "How about you come clean and tell the truth. More truckers died in accidents last year than at any time in the last 30 years, according to a new report by the USDOT's National Highway Traffic Safety Administration. You're killing us with these ELDs. So much for saving 26 lives. How about you do the right thing and issue an ELD suspension order now that the facts show ELDs were one big mistake?"

On Oct. 25, the SBTC created a WhiteHouse.gov petition asking for the U.S. government to intervene to suspend current ELD regulations: https://petitions.whitehouse.gov/….

SBTC also called on truck drivers nationwide to join the group in publicizing its #SuspendELDsNow hashtag on social media. https://myemail.constantcontact.com/… 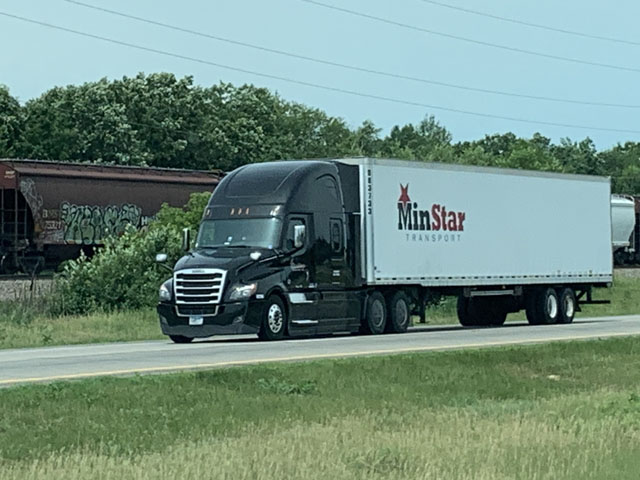