Shippers have until Nov. 14 to comment on a U.S. Surface Transportation Board (STB) proposal to establish a new railroad rate review process that would be more affordable and accessible to shippers of all commodities -- including agricultural commodities -- with small disputes.

The push for changes to the railroad rate review process began last year when the STB held a hearing in Washington, D.C., on June 10, 2015, to give rail shippers, ag organizations and railroad companies the opportunity to express their opinions about improving procedures to set fair shipping rates.

Through those meetings, the STB explored the issue of "making the rate-case process more accessible" to all shippers who use rail as their mode of transportation. The Staggers Rail Act of 1980 provides rail shippers the ability to challenge unreasonable rates.

"Yet, despite concerns about high rates from shippers of grain over the years, no such shipper has filed a rate complaint with the agency since 1981," the STB said at the 2015 hearing. Shippers cited some of the reasons were that the current formula was arbitrary, too costly and onerous, which discouraged them from taking part in the current process.

If you are a rail shipper, it's no secret that rail rates continue to creep higher. If a shipper feels rates are unreasonable compared to others, it has not been cost-effective or easy to dispute rates. A wheat trader told me a few months ago that freight rates have doubled over the last five years and freight is one-third the value of grain wheat today.

With grain prices being so low currently, an increase in freight costs cuts into shippers' margins and affects the cost of the grain paid to the farmer. Looking at the current DTN cash index for corn on Friday, Sept. 19, versus the same time last year, the price is 46 cents lower. For winter wheat, the DTN cash index is $1.20 lower. Heading into the fall, harvest prices are expected to weaken even more. On top of that, it is not uncommon for railroads to raise tariff rates in October.

Tim Luken, manager of Oahe Grain, an elevator located on a short-line railroad in Onida, South Dakota, which is serviced by the Canadian Pacific, told me one year ago, "Back in 2007, it cost $2,644 per car on the short line for the 25-car rate to Chicago and beyond. Today it costs $3,881 per car to Chicago and beyond; a 46.8% increase in eight years."

Since then, Luken told me recently, "Union Pacific did lower their rates not only to Chicago but other destinations later last summer. The CP did lower their rates also due to the fact the UP did. We use to have a 25-car rate and a single-car rate. Now it's all a single-car rate no matter how many cars we ship. From one to 74 lo-cap (low capacity) cars are $3,735, and if we ship 75-plus cars, the cost is $3,350 per car."

The National Grain and Feed Association (NGFA) said in a news release that it will "carefully examine" the STB advance notice of proposed rulemaking decision. Here is a link to STB Docket No. EP 665 (Sub-No. 2): https://www.stb.gov/…

The NGFA in 2015 developed and proposed to the STB a totally new rate methodology, called the "agricultural commodity maximum rate methodology," that would create a more accessible, streamlined, cost-effective and workable process for grain shippers to challenge unreasonable rates, according to the news release. The NGFA had been an active participant in a previous STB proceeding that laid the groundwork for the agency's new rulemaking.

In the news release, the NGFA also said the "STB's current rate-reasonableness standards are inappropriate for grain given the nature and characteristics of rail movements of agricultural commodities, the multiple and varying origin-and-destination pairs for agricultural shipments and volumes, and the nature of railroads' pricing practices, under which uniform rates are imposed across-the-board for certain commodities or types of traffic." These points were also acknowledged in the STB's advance rulemaking notice issued Aug. 30.

Bob Zelenka, executive director of Minnesota Grain and Feed Association, told me, "We too are in the process of reviewing the proposal and will be offering some comments. Generally speaking, we like the move to a more user-friendly process. The previous process was extremely time-consuming and very expensive to pursue. This new proposal would streamline the rate challenge process and certainly make it more accessible to the smaller captive shipper, which are the ones most likely to be facing what could be deemed as an unfair or excessive rate."

"The fear of retribution by the railroad serving this customer is still in the back of each rail customers mind. This fear may lead to a reluctance to utilize the process but we believe it is still very important for rail users to have access to some reasonable recourse, to challenge a rate (and service level) that is deemed as unfair, unacceptable or excessive. It is good to finally see the STB become more of an advocate for the rail user, which hasn't been the case up until now, since the advent of the STB in 1996," added Zelenka

The STB said in their proposal that based on the comments and testimony received, they believe the existing rate review processes present accessibility challenges for not only grain shippers, but also small shippers of any commodity. "The board also recognizes that for small rate disputes, regardless of commodity, the litigation costs required to bring a case under the board's existing rate reasonableness methodologies can quickly exceed the value of the case. Therefore, the board is opening a proceeding in Docket No. EP 665 (Sub-No. 2) to develop a new rate review process that would be more affordable and accessible to shippers of all commodities with small disputes." Comments are due by Nov. 14, 2016. Reply comments are due by Dec. 19, 2016. 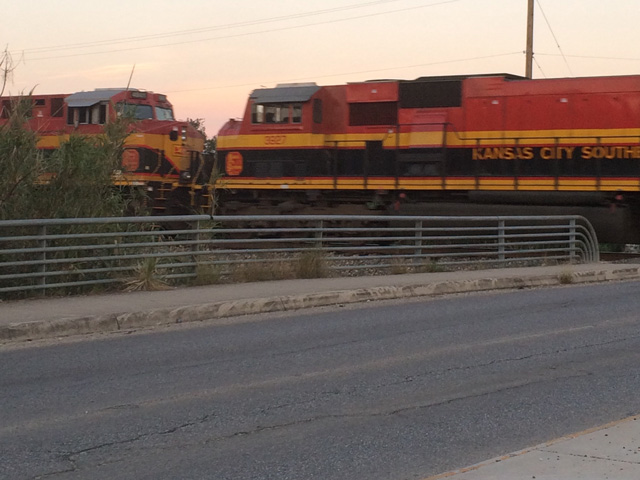