However, as gloomy as that is, the second of AEM's pandemic-related surveys of presidents, CEOs, and owners of leading equipment manufacturers, also show sentiments from here forward a bit -- and only a bit -- improved over the inaugural survey taken in April.

As the country navigates the ongoing COVID-19 pandemic, equipment manufacturers, suppliers, and distributors have largely remained open and continue to supply the equipment.

This survey was in the field from May 28 to June 15, 2020 and gathered 102 responses. Compared with the results from AEM's first COVID-19 survey (April 16 to April 27), most metrics have improved. However, equipment manufacturers continue to face significant challenges as a result of the ongoing COVID-19 pandemic and its impact on the economy.

"We have seen some improvements to the operations and financial outlook for our member companies, but the industry still faces a long road back to normal," said Dennis Slater, president of AEM. "Even as our industry continues to help build, feed, and power our country, far too many of our member companies are running out of time."

Many equipment manufacturers struggle to keep workers on the job. Eight out of 10 executives say they will not be able to rehire workers laid off earlier in the year.

Here are other key findings from the survey:

-- One-third of respondents said they plan to lower their financial outlook by up to 30% over the next 30 days. Another one in eight respondents indicated they expect to reduce their outlook for the rest of the year by up to 30%.

-- Six in 10 executives say that the federal government has not done enough to support the industry as it continues to face decreased demand and disrupted supply chains.

-- The three biggest issues facing equipment manufacturers as they reopen their facilities are: employee health and well-being, a lack of new orders, and continued supply chain issues. More than one-third of respondents reveal they have furloughed up to half of their employees, while almost one in 10 of respondents indicated that they have furloughed at least half of their employees.

Just more than half of the companies that participated in the survey manufacture heavy equipment, while about one in six build light equipment, and almost a third make components and/or attachments. Eight out of 10 respondents identified construction as a primary segment, while just under half cited agriculture as a primary segment. Two-thirds of the companies employ fewer than 500 employees, while just over one quarter employ more than 1,000 employees.

AEM is the North American-based international trade group representing off-road equipment manufacturers and suppliers, including more than 1,000 companies and more than 200 product lines in the agriculture and construction-related industry sectors. The equipment manufacturing industry in the United States supports 2.8 million jobs and contributes roughly $288 billion annually to the U.S. economy. 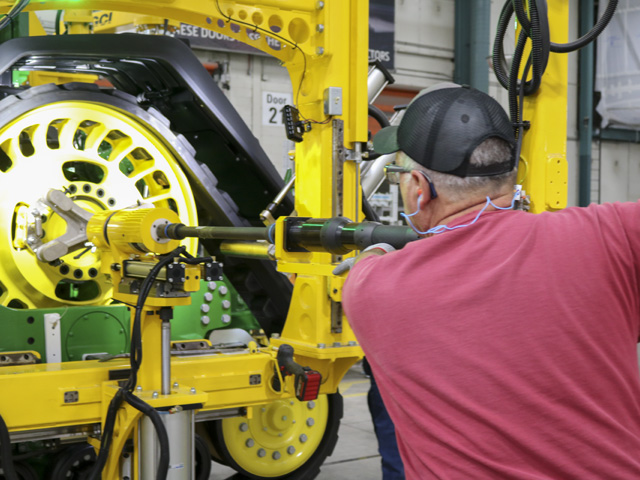