When I traveled to Cuba last fall, I met American businessman Saul Berenthal. He's a 70-something man with more energy than a 20-year-old and so much charm he stood out even in Havana, a city full of characters.

A Cuban native and a longtime American citizen, Berenthal's parents in 1960 sent the boy to live in New York. They were sure he would have a better future in America than in communist Cuba. Indeed, he became a successful businessman and today lives in North Carolina with his wife CeCe.

Berenthal was in Cuba last year because he still has family and friends there, and because he provides services to groups of Americans who want to travel on the island. He also connects entrepreneurs to persons of influence who might be able to help them do business there.

I called Berenthal the other day to see what he thought of President Donald Trump's new policy toward Cuba.

Characteristically, he was frank: "Mostly cosmetic, pretty much to appease [anti-Castro Cuban-Americans] and to be able to take credit for something."

Berenthal went on to say that he was, "not sure if it is going to make much difference yet. We will have to see when the actual regulations come out in 90 days."

From his friends in Cuba, he has heard much the same: We don't know all the facts, yet. We will be patient.

Cubans tend to be realistic, Berenthal said. They know that politics from both their government and from the U.S. could turn on a dime and put them right back in the limbo where they have languished for decades.

Politics were a key factor in Trump's announcement last week that he was "cancelling the last administration's completely one-sided deal with Cuba." Keeping a segment of his voters happy was one obvious "why" Trump decided to do what he did. The "what" is less clear.

During the presidential campaign, Trump promised to obliterate most everything connected with Barack Obama, and the Cuban "deal" was high on his list. Besides keeping his promise, Trump's recent announcement gave some measure of payback to the anti-Castro Cuban American community in Florida. That community helped deliver him a narrow (less than 2%) victory in Florida during the election. That put the state's 29 electoral votes in the Trump column. "The Cuban American community ... so much love ... Oh, I love you too," the president on June 16 told a Miami audience who responded, "Trump. Trump. Trump."

Cancelling President Obama's executive orders -- which loosened travel and trade restrictions with Cuba -- did not play so well with some in the American agricultural community, however.

As DTN Political Correspondent Jerry Hagstrom reported the day of Trump's announcement, farm organizations were not pleased: "The Republican-leaning American Farm Bureau Federation, the Democratic-leaning National Farmers Union, the U.S. Grains Council and wheat groups all said that the [policy] changes, while not related directly to agriculture, could hurt U.S. exports."

Just prior to Trump's announcement, several Congressional figures urged Trump to rethink his impending change to Cuban policy. "Please consider the economic potential this decision could have on the farm economy, rural America and any future opportunity for the expansion of export markets for American farmers and ranchers," wrote Democratic Senator Heidi Heitkamp of North Dakota in a letter to Trump.

Rural states don't have as much clout as Florida. Consider: Taken together, North Dakota, South Dakota, Nebraska, Iowa and Indiana gave Trump a total of 28 electoral votes. The contests were not even close. A few voters lost in those and other rural states will not make much difference in 2020 if Trumps runs again.

MEAT OF THE MATTER

The "what" of Trump's announcement probably won't be clear for at least three months. The State Department, Treasury Department and Commerce Department will have to figure out what the cancellation of Obama's executive order really means. We already know that some business transactions completed since Obama's executive order will be grandfathered. Construction on new American-owned hotels will be completed; air carriers will continue to fly to Cuba; cruise lines will still visit Havana.

Trump said new regulations would be aimed at preventing American dollars from finding their way into the Castro government's coffers. He was correct when he said that much of the business Americans do with Cuba profits the government and military. By one estimate, the military oversees 50 to 60% of the entire Cuban economy through an agency called, Grupo de Administración Empresarial S.A.

But Trump may have exaggerated the scale by which the Obama executive order has enriched the Cuban military and government. In May 2016, the U.S. Department of Commerce (DOC) explained that the Obama executive orders applied mainly to private enterprises, not to state-owned enterprises. "Companies and corporations that are government owned, operated, or controlled are not considered private sector," according to a DOC document. Business with Cuban government entities would be subject to a "case-by-case review policy."

How the Trump administration will untangle what is government owned and what is in the private sector is uncertain. Indeed, the outline of the new approach to trade with Cuba is still a vague point on the horizon.

To illustrate: Trump's Treasury Department on June 16 issued a document to explain how the new policy would affect 12 key areas of Cuban/U.S. relations. Eight of the areas described were about travel, tourism and sending remittance from the U.S. to Cuba. (Americans -- including those in Little Havana section of Miami -- can continue to do so.)

Only four of these areas had anything to do with trade, and they basically said, "Check back with us later."

What's next? Most trade between the two countries is not restricted by presidential executive orders. Instead, today's trade restrictions were established by various acts of Congress, which taken as a whole are called the embargo.

For instance, American farmers and commodity organization legally can sell goods to Cuba. But the embargo has placed credit limitations on such transactions. In general, Cuba has to come up with cash (U.S. dollars only) to buy a shipment of, say, rice from American farmers. Countries such as Brazil and Vietnam are not bound by the U.S. embargo and can sell shiploads of rice on credit. The result is that Cuba currently imports about 600,000 metric tons of rice annually, valued at more than $300 million, and none of it comes from U.S. rice farmers.

Executive orders cannot change that fact. It will take an act of Congress -- actually a vote to end the embargo -- to accomplish that. Ironically, some observers think that such Congressional action is more likely under Trump than under Obama.

The reasoning goes like this: Republicans -- who control both houses of Congress -- were never going to vote to end the embargo with a Democrat (especially Obama) in office. Now that one of their own is in the White House, however, ending the embargo could become a Republican idea. A lot of red states represented by Republicans are rural states with a significant agricultural community. Constituents in those states could convince their congressmen and senators to give them a chance to increase exports of rice, chicken and wheat to Cuba in a post-embargo era.

Seed companies, chemical companies and the farm equipment industry that would benefit by an open Cuban market could also put pressure on Congress. "Continuing to normalize relations in Cuba is the only way to effectively bring about political change on the island while opening a new market for goods, products and ideas," wrote Brian McGuire, President and CEO of Associated Equipment Distributors in a letter to Trump. "Preserving, not reversing, recent efforts to engage Cuba fit directly in line with your desire to put 'America first."

Berenthal agrees. Just as we hung up, he told me to, "Keep encouraging your readers that Cuba is still a great place to visit and that interactions between people will go a long way to getting us to work together again." 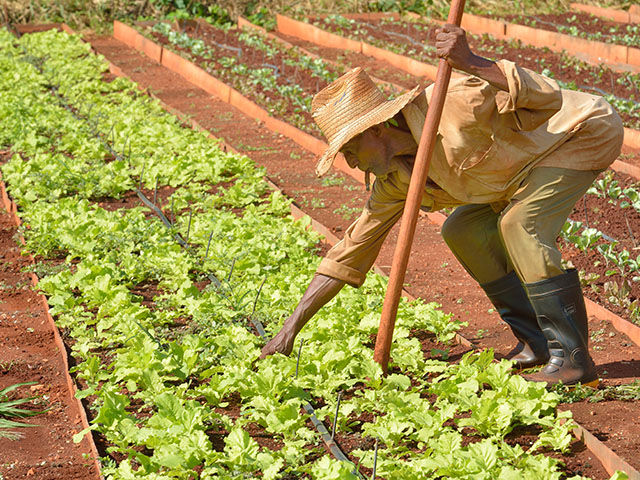