Bob Ratliff died recently at 85. He was the founder and driving force behind AGCO, one of the premier farm equipment manufacturers in the world. He also was an accomplished practitioner of a sometimes-risky business strategy -- growth by acquisition.

When I first met Ratliff in 1997, AGCO was only seven years old and the question still lingered whether a gamble like his could succeed in an industry dominated by legendary and historic giants like John Deere, Case IH and New Holland. Ratliff and his partners won their wager, and AGCO now has $7.4 billion in sales worldwide.

Ratliff was the first CEO of a major farm machinery company I ever met, and he made an impression. It was a hot summer day, and AGCO was holding a dealer meeting/media event in a humid, dusty field in the Missouri River bottoms north of Kansas City. Ratliff was under a big white tent entertaining dealers and talking to the press. As I remember (and it has been 20 years), he was wearing black dress slacks and a white shirt with the sleeves rolled up. I thought he had to be sweating, but it didn't disturb him as he worked his way through the tables and chairs like a politician on the stump. Outside the tent, tractors roared through the demonstration field as a kind of background noise for Ratliff's rally.

I had just become the machinery editor of The Progressive Farmer magazine and was too new at the beat to understand that Ratliff was a unique figure in the farm equipment industry. Tall and balding, he wore a smile but was somehow very intense. That intensity was a prerequisite to do what he had done, which was to start with one farm equipment company, acquire multiple other companies to create a diversified company and -- over the course of less than 15 years -- turn that company into one of the top three farm equipment manufacturers in the world.

In 1990 Ratliff and his management team bought the North American holdings of Deutz-Allis from a German company, KHD. Those holdings included Deutz-Allis tractors and Allis-Chalmers Gleaner combines. White brand tractors were part of the deal, too. Four years later, the company Ratliff now led (AGCO) bought the venerable and diverse Massey Ferguson. It was the first clear sign to the industry that AGCO would grow through acquisition, a strategy that Ratliff might not have invented, but he certainly made his own.

Over its first decade and a half, Ratliff and AGCO made 21 acquisitions and grew sales from $200 million in 1990 to more than $5.4 billion in 2005. Key acquisitions included premier European tractor lines Fendt and Valtra. Ratliff's AGCO also bought a relatively new tracked farm tractor line from Caterpillar and renamed it Challenger. Hesston and Ag-Chem became AGCO brands. They were all big names, well known and well respected. They are all part of AGCO now.

Ratliff stepped down from AGCO's top perch in 2006. Martin Richenhagen, who is now AGCO president and CEO, has eased up a little on the acquisition throttle but continued the company's growth. It now has about 3,000 dealers in 150 countries on six continents.

When I met Ratliff on that hot day in 1997, some of my more seasoned media colleagues were a bit dismissive of his new company. They were used to covering farm equipment companies built on 100-year-plus legacies. This upstart AGCO with its strategy of buying its way to the top certainly wouldn't last. The first hiccup in the industry, they said, and AGCO would fall apart as quickly as it had gone together. Bob Ratliff proved them wrong. 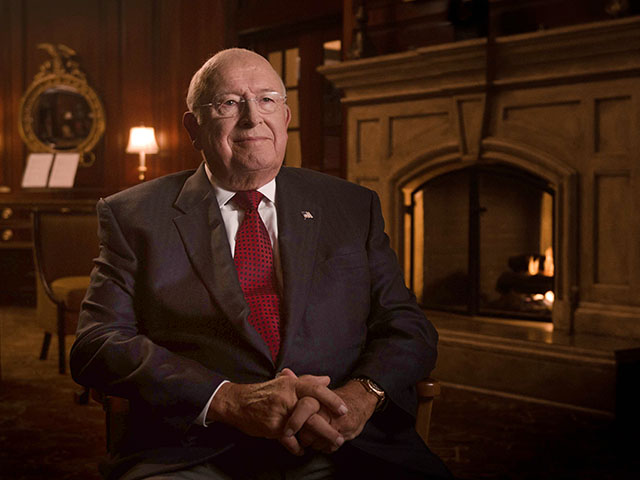