Way back in 1997 I somehow found myself named the machinery editor for The Progressive Farmer magazine. Looking around for my first big story, I settled on something I titled, "Year of the Track." It was about new tracked tractors from John Deere, Case IH and Caterpillar. Almost 20 years later I'm putting the finishing touches on an article for The Progressive Farmer titled, "Tracks on a Roll."

The more things change, the more they stay the same.

This latest tracks story is about not only tractors, but combines, grain carts and even planters rolling on tracks instead of -- or in addition to -- tires. I started researching the story because I had a sense that something was up, something different than my 20-year-old notion that tractors on tracks were trending.

Numbers to prove or disprove a move toward tracks are hard to find. But Mitch Kaiser, Case IH Marketing Manager for Steiger Tractors, estimates that industry-wide sales of vehicles on tracks -- tractors, combines, grain carts, planters -- "have grown 40% over what they were six years ago." Kinze Manufacturing reports that now more than half its grain carts roll out of the factory on tracks.

Case IH for many years was in a class by itself offering the four-track Steiger Quadtrac. In 2012, the company added the Steiger Rowtrac, a four-track vehicle for working in rows, and in 2015 doubled down with the Magnum Rowtrac, which uses tracks on the back and tires on the front. (New Holland, Case IH's colleague company in CNH, has similar offerings with SmartTrax technology.)

AGCO's Challenger tractor brand (formerly Caterpillar) was born with tracks and remains a force in the field. Most models of the Claas' Lexion combines have tracks in the front and tires in the back.

White Planters 8900 Series, introduced in 2011, was the first planter series to have tracks as an option. They spread the weight of the central fill system to reduce compaction. Tracks are now standard on the White 9900 Series planters.

-- They can provide a smoother ride than tires, especially when they skim across and over rough fields.

-- They provide more flotation, which could allow farmers to get into wet fields sooner.

-- Most vehicle tracks are 24- or 36-inches wide, far narrower than double or triple tire configurations. That can be important in trailering and other situations where wide is wrong.

-- Tracks can provide more traction and stability on hillsides.

-- Ballasting is not as crucial on tracks as it is on tires.

-- Tracks are highly maneuverable. They can approach the zero-turn threshold.

-- Maintaining correct tire pressure is a non-issue with tracks.

-- Not as unique as it once was, tracks can reduce compaction.

It used to be common knowledge that tracks created less soil compaction than tires. That was certainly true when most tractors and combines rode on bias tires with inflation pressures of 20-plus pounds per square inch (psi). That meant much of the weight of a heavy vehicle pressed into the soil. Tracks, meanwhile, spread the weight over a larger footprint and created less point pressure. But now that flexing radial tires rule the fields, tire footprints have expanded and inflations of 5- to 8-psi are standard. The compaction equation has changed.

WHY TRACKS ARE NOT FOR EVERYONE

Tracks are not for everyone or for every application. Reason No. 1: They are more expensive than tires. All that engineering and iron boosts prices significantly. For instance, adding tracks to Kinze carts can add about 45% to the price tag.

While tracks can produce smaller turning radii, they also can scuff the soil when making those sharp turns, creating rough spots at end rows.

Tracks and pavement do not play well together. Riding on pavement heats up track assemblies and can be detrimental to track life. Pavement suffers at the same time, especially on the edges when tracks enter and exit.

Tracks can serve as conveyor belts for debris, especially during and after harvest. It can build up on undersides and wheel wells of some tracked tractors and combines. That can be a fire hazard if not attended to.

Resale could be more difficult than with tires. Tracks are not the norm and require the right buyer. But if the increase in track popularity continues, the market for used tracked vehicles will expand.

Look for an update from me in 20 years. 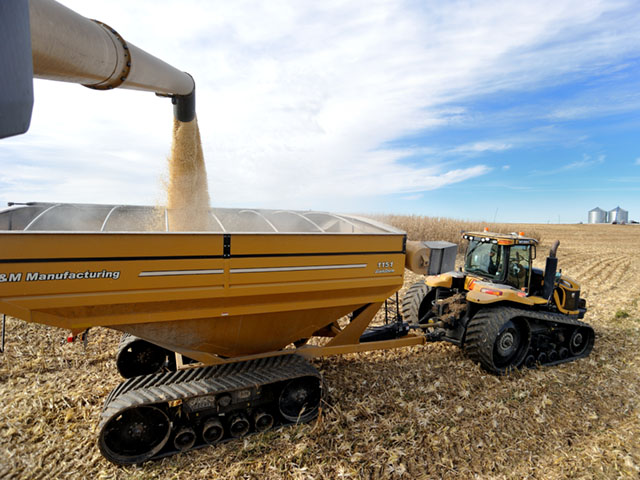