Recent wheat export sales and inspections have been a little encouraging perhaps justifying the USDA's decision earlier this month to boost 2019/20 wheat export projection by 50 million bushels (mb) to 950 mb.

A review of past sales for this time of the marketing year, especially in terms of the percent of the latest WASDE projection, shows they are really not that out of the ordinary and it may be that wheat sales look rather robust compared to the abysmal pace of corn and soybean exports.

Even though wheat production prospects are down in the European Union, Russia, Australia and Canada, global stocks are immense and U.S. wheat prices have lost some of their competitiveness as this commodity has been dragged higher by the two-month-old corn and soybean rally. 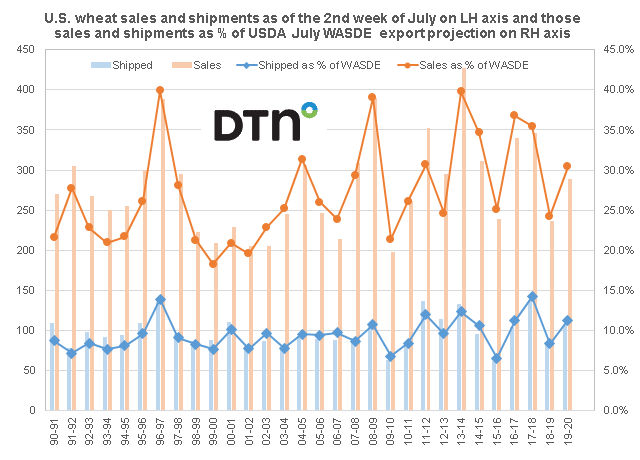