Grain and oilseed markets have been pushing higher over the past few weeks supported by fund shortcovering, a depreciating U.S. dollar and the deteriorating crop situation in Argentina.

Also supportive has been growing drought conditions in the U.S. with the winter wheat crop already adversely impacted by serious dryness and some bouts of winterkill in recent weeks.

With the U.S. having scored good if not record row crop yields over the past five years there is some trepidation that this string of good fortune may soon run out and the latest U.S. Drought Monitor map feeds into this theory.

As noted before in prior posts, the PDSI is the monthly value that is generated indicating the severity of a wet or dry spell.

Actually some of these states have positive PDSI readings meaning they are actually wet but not as wet as was seen six years ago. 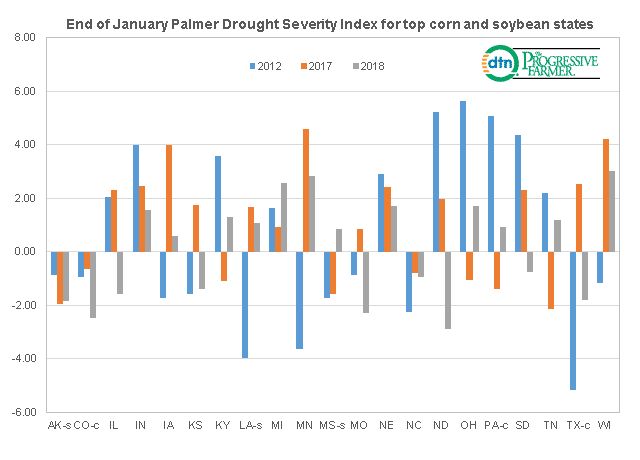