With the U.S. setting new all-time soybean export records for the past four years in a row, USDA has rarely lowered its projection of overseas sales but they did do this in the January 2018 WASDE report by 65 million bushels to 2.160 billion.

Even with this lower figure, many in the trade are looking for further downward adjustments for 2017/18 U.S. soybean exports given the still lagging sales and shipment pace especially to our largest customer China.

This graphic shows total U.S. soybean sales and shipments in million bushels as of the middle of January and also as a percent of the January WASDE export projection.

The chart does show that in we had the same situation two years ago though a late developing South American drought did boost our exports from February through September so the same thing could happen again.

Note however that the current sales pace is the slowest since the 2006/07 season and final sales that year were 132 million below the January WASDE projection. 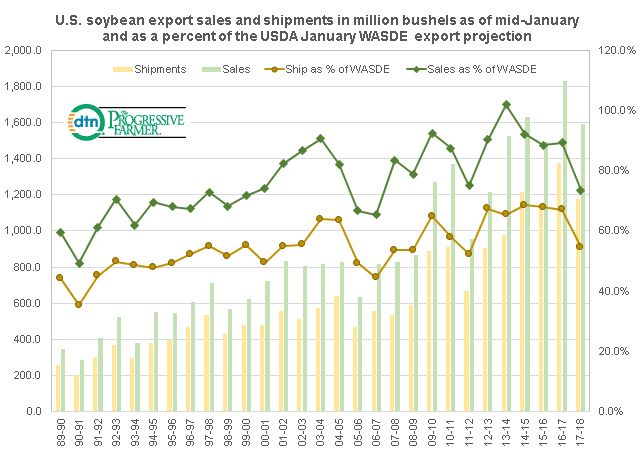