LINCOLN, Neb. (DTN) -- A bipartisan group of U.S. senators introduced a bill Tuesday that would re-establish year-round E15 sales, with the lame-duck session of Congress just days away from concluding.

A group of 15 senators led by Deb Fischer, R-Neb., and Amy Klobuchar, D-Minn., introduced the Consumer and Fuel Retailer Choice Act of 2022. The legislation would allow the year-round, nationwide sale of ethanol blends higher than 10%.

In what appeared to be a sea change in the battle for fuel market access for ethanol, a group of agriculture, biofuels and petroleum interests sent a letter to leaders of both the senate and U.S. House of Representatives on Nov. 22, asking for lawmakers to take action.

At this point, companion legislation has yet to be introduced in the House.

As to be expected, the legislation was widely supported by agriculture, ethanol, and oil interests.

"For the first time in history, ethanol producers, oil refiners, fuel retailers, equipment manufacturers, and farmers have all come together to support legislation that ensures American families can choose lower-cost, lower-carbon E15 at the pump every single day of the year without interruption," said Geoff Cooper, president and CEO of the Renewable Fuels Association.

"We are highly encouraged by the broad and diverse support that this effort is receiving, and we urge Congress to move quickly to adopt this commonsense legislation."

API Vice President of Downstream Policy Will Hupman said in a statement the petroleum industry is looking for consistency and certainty in federal policy on E15.

"By allowing for the year-round sale of E15 nationwide while also preserving access to lower ethanol gasoline blends, this bipartisan legislation strengthens the reliability of the fuel supply chain and ensures American consumers have access to the fuels they depend on every day," he said.

"Ethanol saves Americans millions of dollars a year at the pump and is a critical part of our nation's energy security," he said.

"We thank Sens. Fischer and Klobuchar and their cosponsors for introducing legislation today that will ensure drivers across the country continue to have year-round access to safe, low-cost, low-emission E15 and provides a commonsense resolution to a long-standing outdated barrier to consumer choice."

Sen. Fischer said in a statement the time was right to expand E15 availability.

"Now, however, we've been able to bring critical oil/gas, biofuel, ag, and transportation stakeholders to the table around a common-sense solution. With this strong coalition of support, it's time Congress act to make year-round E15 a reality."

Growth Energy CEO Emily Skor said in light of high prices at the pump, a move to expand E15 would provide more relief to consumers.

"This summer, in the face of record-high gas prices, drivers across the country found savings at the pump of nearly a dollar per gallon thanks to E15 availability," she said in a statement.

"In addition to putting money back in the pockets of American families and enhancing U.S. energy security and independence, E15 offers a lower-carbon fuel choice."

"We have long supported a move to higher level blends of ethanol and are pleased to work with a diverse coalition of petroleum, renewable fuel, and agriculture groups in support of this effort," he said in a statement.

The Biden administration granted a waiver in April that allowed E15 sales to continue through the summer months after a Trump administration rule was thrown out by a federal court. Still, the industry continues to wait for either the EPA to issue a new proposed rule or Congress to make a permanent fix before the beginning of the next summer driving season in June 2023.

Governors in nine states also are awaiting a response from EPA on their petitions to allow year-round E15 sales in their states, including Iowa, Illinois, Kansas, Minnesota, Nebraska, North Dakota, South Dakota, Wisconsin and Ohio.

E15 has been hamstrung by a technicality known as Reid vapor pressure, or RVP.

The nine states asked for the removal of the 1-pound-per-square-inch (psi) RVP waiver for E10 ethanol blends. Currently, there is an RVP limit of 10 psi for E10 and 9 psi for gasoline in the summer months.

The Clean Air Act allows governors to notify EPA that they wish to reject the use of the 1-psi waiver for E10 in their states. This would result in the application of the same volatility limitation to both E15 and E10 in their states -- essentially putting E10 and E15 on the same footing.

This would compel fuel suppliers to reduce RVP of CBOB, a common grade of gasoline produced by refiners in the U.S., from 8.8 to 7.8 psi. The Clean Air Act requires governors to show such action would benefit air quality in their states.

Congress previously amended the Clean Air Act in 1990 to provide a 1-psi RVP waiver for fuel blends "containing gasoline and 10% ethanol." At the time, E10 was the highest ethanol blend stock sold.

After years of lobbying by the biofuels industry, EPA issued a rule in 2019 declaring E15 as "substantially similar" to E10 and extended the RVP waiver to gasoline "containing at least 10%" ethanol to E15. 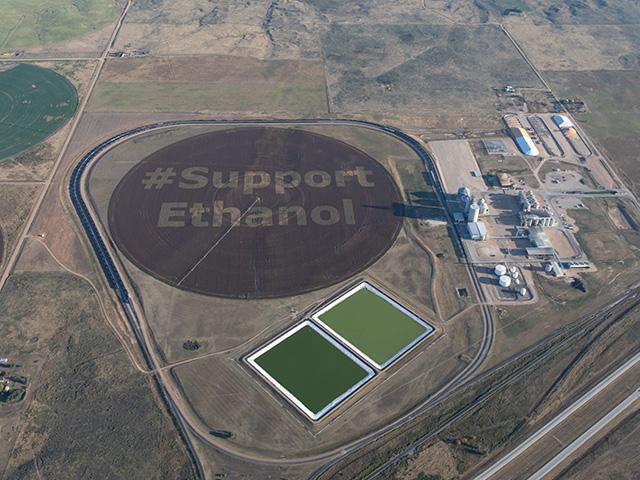