Agriculture has survived through the millennia by adapting to different environments, ever-evolving pest and disease threats, and the constantly changing needs and tastes of diverse populations. These factors and so many more mean farmers must stay nimble as they manage their crops from planting through harvest.

Making adjustments to counter growing-season challenges has proven more difficult because of the unpredictability of weather. The whims of Mother Nature have been intensifying over the years throughout the Farm Belt -- from drought and derechos to floods and freezing temperatures, with a healthy dose of hail thrown in.

Such weather volatility has farmers exploring and implementing practices to help make their farms more sustainable and their crops weather hardy. What has emerged is a compilation of management/production practices and programs that fall under "climate-smart agriculture." Some are new, while others are familiar. But all continue that long tradition to help growers adapt, this time to increasingly extreme weather conditions that threaten farm lives and livelihoods.

"Climate-smart agriculture" is a term that has popped up in the news frequently this year, such as following the passage of the Inflation Reduction Act of 2022 in August. In addition to other spending, that legislation authorizes $19.5 billion in spending on climate-smart agricultural practices, an amount U.S. Agriculture Secretary Tom Vilsack described as "the largest investment in conservation since the Dust Bowl."

In addition, earlier this year, USDA announced a $1-billion pilot program called the Partnership for Climate Smart Commodities using Commodity Credit Corp. funds. The funding opportunity generated so much interest -- USDA received 450 applications for projects ranging from $5 million to $95 million -- that the agency increased its funding to $2.8 billion when the first round of grant recipients was released in September. DTN is part of one of those projects, Farmers for Soil Health Climate-Smart Commodities Partnership, which will receive up to $95 million to accelerate long-term cover-crop adoption.

Private companies, too, are joining in the climate-smart farming movement, offering carbon credit programs that pay farmers for conservation practices like no-till and cover crops, which help reduce greenhouse gas emissions and sequester carbon in the soil.

There's still debate among those involved in agriculture about what might be causing changes to the world's climate and whether this is a new or cyclical phenomenon in the planet's long history. But it's difficult to ignore the very real effects of increasingly frequent extreme weather events that have caused billions of dollars in losses and damage to crops, livestock and ag businesses in the past few years.

In our special November issue of Progressive Farmer and starting today on DTN, we dig deeper into what exactly the term "climate-smart farming" means, the current and future economic opportunities the movement offers for farmers and ranchers, and what some producers are doing now to make their operations and crops more resilient to a changing climate. You can view the first story in our series today at https://www.dtnpf.com/…. You can also hear a podcast about it at https://www.dtnpf.com/… -- go to Field Post E124: Get Smart on Climate Smart.

The DTN/Progressive Farmer staff interviewed for this special series called Farm Climate Smart often use terms other than "climate-smart agriculture" to describe the programs and practices in which they are involved. But they all share similar goals: making their operations more resilient to extreme weather and preserving their land for future generations.

Anthony Greder can be reached at anthony.greder@dtn.com 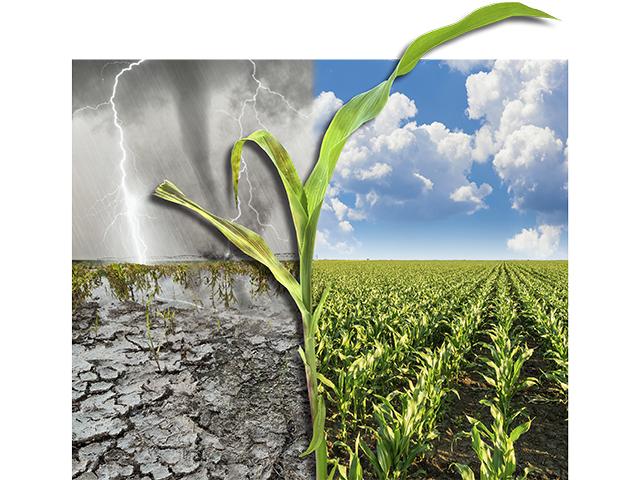