Journalism is a pretty competitive business. Being first, having the "scoop" on your competition, is as strong in the news business as it is in the most cutthroat of sports. So it's rare when journalists link arms and share their thoughts and pages.

Today is one of those rare days. Thursday, according to one count, more than 200 news organizations are dedicating editorial and "op ed" column space to addressing one issue: That the press, or at least large swaths of it, has been deemed the "enemy of the people" by President Donald Trump, and that we as an industry and a profession are genuinely concerned about that. We think our readers should be, too.

The effort was initiated by The Boston Globe, which reached out to newspapers across the U.S. When the ag press got wind of the idea, an email chain, including myself and fellow editors at publications such as Successful Farming, Corn & Soybean Digest and others sprung up around the issue.

While we in the ag press could easily sidestep the issue, and say that it's "the mainstream media's" problem, we all agreed that wasn't the way. One reason for that decision is human nature: When someone strikes one of us, that person strikes all of us.

The larger reason, however, is our spot on the stage of this current national drama. Farmers, our readers, are in general strong supporters of this president and many of his policies. We hear from you regularly about your likes and dislikes of the coverage of this administration.

So many of us in the ag press felt we're positioned to make a statement about this notion that the press is "the enemy of the people."

Together, we affirm that the press, whether cable news station or a 135-year-old newspaper, a 30-year-old digital ag news outlet or a 130-plus-year-old farm magazine, is not the enemy of the people.

It's well-documented that most of the press, including the ag press, has found itself in an unusual situation regarding coverage of our sitting president. There are no shortage of awkward moments, and perhaps some individuals in the press have taken that a little too personally.

Regardless of the level of criticism, no matter how difficult or invading the questions, no matter how heated the news show debate, the press certainly doesn't see any one person or group of people as its enemy. We in the media are doing our jobs, holding elected officials accountable for their actions and their words. We've done that, with varying levels of success, with every administration.

We do see a nemesis, though, in untruths, distortions, canards, lies, whatever you'd like to call them. As I discussed with a DTN customer recently, who'd called to raise concern over the tone of some of our stories, lies are to a journalist like cattle rustlers are to a stockman. We give them no quarter. They are hunted down and swiftly dealt with. It's just in our DNA.

Perhaps there's an over-infatuation with "fact checking" and a focus on so-called alternative facts. Reporters report on the events and statements that unfold in front of them. The journalist who allows known lies to creep into stories, video, audio or other pieces is like the cowboy who sits silently in the barn watching rustlers drive away with a trailer load of cattle. They won't have their job long, and they'll likely not have another in that line of work. Truth and integrity are critical.

The most concerning part of this "enemy of the people" stance is that lives are literally at stake. A number of national news reporters have been singled out with hate speech and even death threats. But that's the "mainstream media", right, not the ag press?

Hardly. One of my fellow ag editors reported that he was recently accosted verbally at a farm organization meeting. Two men, who appeared to be farmers, caught sight of his media badge from the event and hurled derogatory comments about his being with the (expletive deleted) "fake news." The situation didn't escalate, and afterward my friend thought the comments were more about beer-fueled bravado than true anger. Regardless, they point to a deep-seated issue. And it's uncalled for.

I would encourage everyone to pick up their local or regional newspaper, or use an internet search, and see what other media outlets have to say about the issue. Each outlet has a slightly different take on this, related to each one's spot on the stage. I hope the points raised are taken as they are meant, as a sincere concern about consequences of a democracy when it begins to view one of its cornerstones as an enemy not to be trusted.

Our founding fathers believed whole-heartedly that the key to a surviving democracy was a free, active press. As much as a large part of rural America has been actively standing up for the Second Amendment lately, I'd only note the rights that amendment protects was the "second" thing our founders sought fit to add to the Constitution. The "first" correction they made to that grand document was, along with other key rights, to ensure freedom of speech and freedom of the press. They would never have done so for an enemy.

And we're not an enemy. 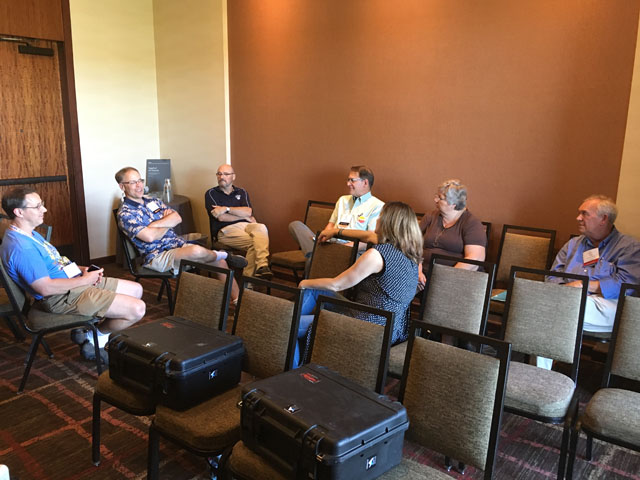 H. Clay Daulton
12/18/2018 | 2:12 PM CST
You think too much of yourselves. You might want to Wiki the relatively new word "Megalothymia," briefly: the tyrannical ambition to appear superior to others. It just oozes out in all directions from your piece above. I see severe weakness when it comes to industry processor concentration issues. Once in a while one sees a bit on the subject in the popular ag press, but an effort at "balance" sure isn't evident and sure doesn't reside in the median between a handful of processors and the hundreds of thousands of producers. I see editorial weakness too, when it comes to softness on completely absurd environmental laws and regulations, both proposed or in place. It's pretty clear, Mr. Horstmeier, by far and on the whole as a group, most editors are loath to take hard stands against major advertisers, or allow them taken by subordinates. Thus Trump is exactly right!!! The only ways one can get the real news is to try to read between the lines, and to stay involved in industry organizations with a critical eye, distinct objectivity and without any ambition to "go through the chairs." The last place an ag producer should have to transcend the rural-urban divide is in what he/she thinks is his own industry press. But all too often that is how it is.
Philip Shaw
8/16/2018 | 8:17 PM CDT
Excellent piece Greg, really good, I think things are slightly different in Canada
crbenson44@gmail.com
8/16/2018 | 10:45 AM CDT
Thank you for your thoughtful, articulately written comments. I agree and strongly support them.