The week 2 Grain Statistics Weekly shows primary elevator grain stocks increasing for the first time in six weeks during the week ending Aug. 14. Grain stocks across the four provinces increased by 50,300 metric tons (mt) over the week to 1.8578 million metric tons (mmt), which is 22.7% lower than the five-year average of 2.403 mmt for this week.

When the three prairie provinces are compared to their respective five-year average, stocks are down 22.01% in Manitoba, down 23.3% from average in Saskatchewan and down 21.5% in Alberta. While not evident on the chart, the 9,100 mt of inventory in British Columbia is 43.9% below average. 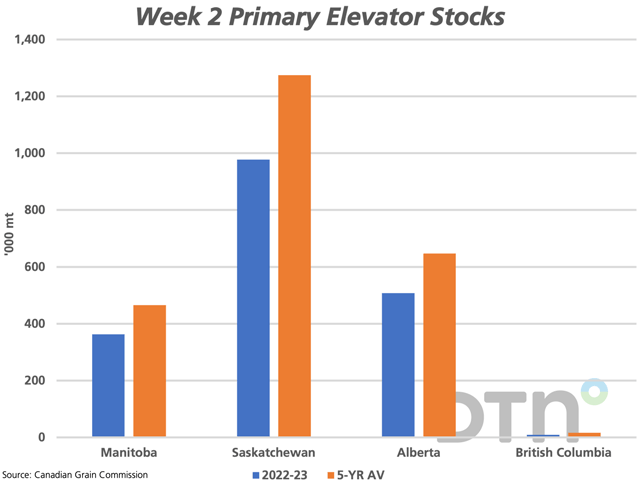