The latest week 42 data (week ending May 20) from the AG Transport Coalition shows CP Rail posting its best weekly performance in terms of its country car spot seen since week 1 or the first week of August, spotting 96% of the cars requested for loading. More up-to-date data from the coalition's Daily Pipeline Status report, as of May 27, shows CP's loads on wheels at 3,632 cars, below the coalition's 4,000-car threshold for the seventh consecutive day and 20% lower than the 20-day moving average.

However, operations could come to halt this week.

On May 27, CP Rail Customer Station Bulletin announced, "CP has commenced and will continue to execute a safe and structured shutdown of its train operations in Canada," adding that an embargo would be effective as of 12:01 a.m. on Tuesday.

This embargo includes cars originating in Canada and billed to any Canadian or United States destination, as well as U.S. shipments billed to Canadian destinations.

This seems a more hardline approach, as compared to Monday's media reports that said the more than 3,000 CP workers linked to two unions could leave the job as early as 10 p.m. EST on Tuesday evening.

Farm groups are speaking up. Wade Sobkowich, executive director of the Western Grain Elevator Association, told the National Post, "To have zero movement on one of our two major railways in Canada is a very big deal. I can tell you the longer it goes on, the greater the impact will be."

Several groups have asked the federal government to intervene, including the Grain Growers of Canada, the Alberta Wheat Commission as well as Alberta Barley. There will be more to follow. Shipping delays are expected to result in a further backlog of 350,000 to 400,000 metric tons of grain per week, while the Grain Growers of Canada said delays "would have an immediate negative impact."

This strike comes at a difficult time for Canada's federal government, with Kinder Morgan's decision on the twinning of the Trans Mountain pipeline due out Thursday. While the government has long stated that this line will be built, an exit by Kinder Morgan on Thursday could result in some form of takeover of the project using billions of Canadian tax dollars, which may be poorly received by taxpayers, the province of British Columbia and the environmental movement.

Dow Jones reported today that the federal government is "very concerned" about the impasse between CP and its workers, although "believes in the collective bargaining process," indicating that the government may be slow to initiate legislation. Dow Jones noted that the former Conservative government was accustomed to stepping in.

Grain backlogs due to railroad failures this winter have led to huge financial costs to producers and shippers this winter, as well as well as potentially damaging trade relations with customers. Producers will have high expectations of government should this strike develop.

This week's poll asks what you think will prove to benefit your operation the most given the passing of Bill C-49 or the Transportation Modernization Act. You can weigh in with your thoughts on this poll, found at the lower right side of your DTN Home Page. We thank you for your input! 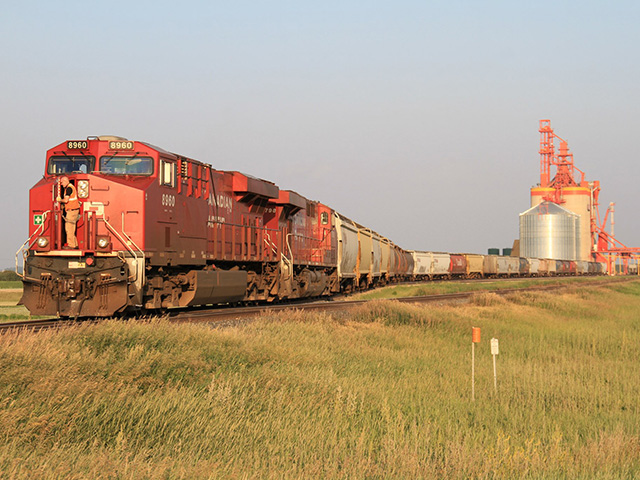