The dawning of a new year is a time for resolutions but also for hopes. My hope is that 2023 will see a tempering of my countrymen's extreme political passions, enabling them to disagree with each other in a less hateful way, respectful of their ideological opponents' common humanity.

I have been noodling this notion for some time -- indeed, I have penned pleas for moderation more than once, including here: (https://www.dtnpf.com/…). But I have to thank the Washington Post's Megan McArdle for the words "common humanity," which capture my thinking precisely.

McArdle was one of the 15 opinion writers the Post asked to offer reasons for hope in 2023. Some of the answers were politically predictable. A liberal African-American columnist touted the rise of Ketanji Brown Jackson to the Supreme Court. A conservative pundit lauded Arizona's sweeping new school-choice law, which will enable more parents to choose private schools for their children.

For her part, McArdle offered an apolitical, or perhaps anti-political thought. She saluted the social-media fatigue she sees setting in, arguing it raises hopes for a rediscovery of our "common humanity."

"People seem to have gotten bored with the pathological rage-seeking and virtue-signaling that has characterized so much of the internet for the past five or 10 years -- particularly for media and academia," she wrote. "The bullying disguised as piety, the compulsive need to find offense where none was intended to work the other side up into a frenzy are not what the cool people are doing any more, thank heavens."

As someone who uses Facebook mainly to keep up with real friends, Twitter to read farm and food commentary and Instagram to look at photos of relatives and birds, I can't independently attest to any diminution of extremist taunting. I'm a social media innocent.

But I sense McArdle is right in thinking that social media has exacerbated the nation's polarization. My daughter and son-in-law are active on social media and I know from our conversations that they see a much more nastily divided world than the one I see reading national newspapers and serious magazines.

In the nastily divided social-media world, the other side isn't just wrong; it's monstrous, moronic, evil. That's not the world I know.

As long as I can remember I have had close friends with a variety of views, including some who are very conservative and some who are very liberal. These are people I like whether or not I agree with them, even the conspiracy-theory believing in-law uncle.

On social media, such friendships are inconceivable. It doesn't matter if people are kind or funny or interesting, generous or brave or loyal; all that matters is their politics. If they're on the other side, who would want to get to know them? They're despicable by definition.

Partly because of the social media wars and partly because so many Americans only get "news" from sources that agree with them, many people on both sides misunderstand what the other side thinks. They assume extremism when moderation is often more common. There's a gap between right and left, red and blue, rural and urban, but it's not as wide as many assume.

For example, according to a recent study by the nonprofit group More in Common, " Many Republicans believe most Democrats want to teach a history (of the U.S.) defined by shameful oppression and white guilt. Many Democrats believe most Republicans want to focus on the white majority and overlook slavery and racism. But we found that both impressions are wrong." (https://www.historyperceptiongap.us/…)

The perception-gap numbers they tallied in year-long discussions with thousands of Americans are stark. For example, 92% of Democrats agreed that all students should learn about "how the Declaration of Independence and the Constitution advanced freedom and equality." Republicans thought only 45% of Democrats would agree with that.

My perhaps naive hope for 2023 is that we try to understand each other. That we narrow the perception gap. That despite our polarization we deal with each other as people rather than ideological stereotypes.

We'll continue to disagree -- disagreements are natural, sometimes even constructive. But we can disagree more agreeably. A year with no big national elections is a good time to start. 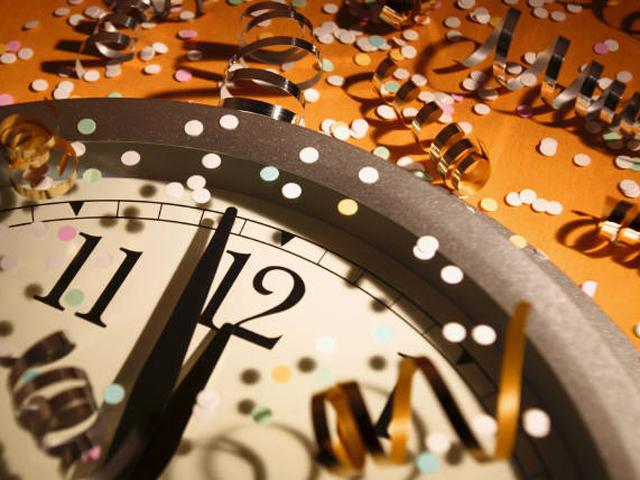