Up until recently, American farmers and ranchers have had little reason to pay attention to Sri Lanka. The South Asian island nation is 9,000 miles away, smaller than South Carolina and less populated than Texas. As a market for U.S. ag exports, it ranked 56th in 2021. (https://www.fas.usda.gov/…)

But lately Sri Lanka has been hard to ignore. It's been bleeding bad news -- the collapse of the economy, the default on the country's debt, skyrocketing food prices and miles-long lines for fuel -- all of which came to a head when protestors swarmed through the presidential palace, forcing the president to flee the country and resign.

As if this wasn't enough to draw farmers' attention, it turns out there's an agricultural angle to Sri Lanka's torments.

Last year President Gotabaya Rajapaska converted the country to organic agriculture. Overnight. He had campaigned on a promise to phase in organic ag over 10 years but he did it instead in one fell swoop, announcing an immediate ban on imports of chemical fertilizers and pesticides. He made no provision for organic substitutes.

The result was predictable. Yields on rice, the country's staple crop, plunged 30%. Yields on tea, the foreign-exchange cash crop, fell 18%. The nation's 2 million farmers let a third of their land lie fallow. (http://clientaccess.rjf.com/…)

If this ag breakdown had been Sri Lanka's only problem, the economy might have muddled through. But it was already stumbling. Its foundation, tourism, had swooned in the wake of 2019 bombings that killed 269 people, including 45 foreign tourists, and was wiped out by the pandemic. This year the Russian invasion of Ukraine brought more woes, making imported fuel and food scarce and costly.

Now critics are citing Sri Lanka as proof that organic agriculture is a bad idea. A Wall Street Journal op-ed put organic ag at the center of the country's problems:

"In an uprising that has its roots in Mr. Rajapaksa's imperious decision to impose organic farming on the entire country -- which led to widespread hunger after the agricultural economy collapsed -- Sri Lanka's people have wrought the first contra-organic national uprising in history." (https://www.wsj.com/…)

I'm not in love with organic farming but I can't see how what happened in Sri Lanka constitutes a fair test. Organic yields often lag conventional yields, but the hit would have been far less severe if the switch had been made over time, with provision for organic fertilizer and pesticides and education for farmers.

Yet moving the entire country to organic ag seems like a needlessly absolutist policy, whether immediately or over 10 years. Yes, organic ag has its pluses, but it also has minuses. Why must every farm be organic?

It's this all-or-nothing mindset that makes the organic-versus-conventional debate feel so sterile. Actually, the pro-organic position is inherently all-or-nothing. Believing that synthetic fertilizers and pesticides harm the environment, organic ag does away with them altogether. That sounds logical, but it ignores one reality and one real possibility.

The reality is that conventional agriculture produces food in abundance, offering yields on many crops that organic ag has yet to match. In a world with 8 billion mouths to feed now and 10 billion by mid-century, that's not an advantage to be sneezed at.

The real possibility is that the environmental damage caused by synthetic fertilizers and pesticides can be reduced to near-nothing by things like precision agriculture, no-till, cover crops and buffer strips. Conventional farmers have a financial incentive to minimize the use of inputs and governments are often willing to pay them to protect the environment.

The ideal future agricultural system would produce more food on the same amount of land being planted now while using less water and fewer inputs. Organic ag rates highly on some of these criteria but at current levels of productivity it can't feed the world without chopping down more rain forests and draining more wetlands. Conventional ag is productive but has much more work to do on reducing inputs.

There will surely be arguments about all these points. The best way to resolve them is to put both organic farming and conventional farming to the test. Can organic agriculture become more productive? Can conventional agriculture's environmental impact be reduced?

Instead of issuing all-or-nothing mandates, Sri Lanka's president and other national leaders should encourage both forms of agriculture to improve. 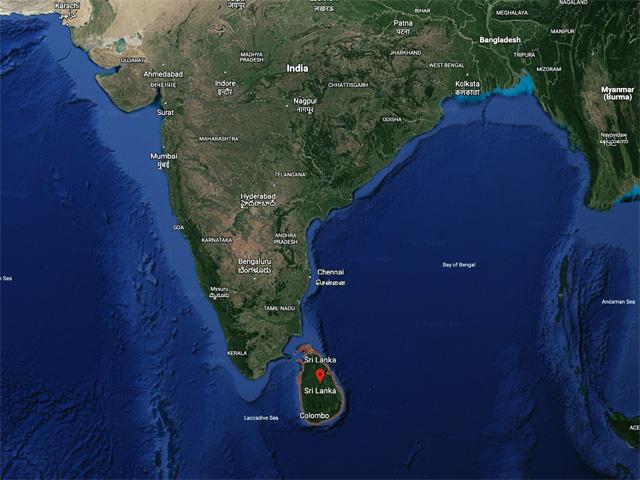