When COVID-19 hit, millions of Americans abandoned their offices to work from home. Now many don't want to go back, and employers are so desperate for labor that some are letting them.

This would be good news for rural America save for one thing: the broadband-internet problem. Employees can't move to the countryside if they can't telecommute. Many residents of rural America still can't watch Netflix or take part in a Zoom call. Their internet service isn't fast enough.

Though the government has been working on the problem for decades, and though progress has been made, an urban-rural broadband gap persists. The biggest obstacle to further progress, money, was addressed in the $1.2 trillion infrastructure bill President Biden signed into law last November. It provides $65 billion for broadband infrastructure.

Now the challenge is knowing where the money is needed. The Federal Communications Commission's broadband maps are supposed to provide that information but for rural broadband, at least, they're notoriously faulty.

Consider: If even a single household in a U.S. Census block has broadband service, the FCC deems the entire block served. That may make sense in cities and suburbs, but rural census blocks can be enormous. And all it takes to count even one household as "served" is for internet service providers to say yes when asked on the FCC's survey whether they "could or do" provide service.

As a result, the FCC's mapmaking methodology muddles the rural-broadband picture in important ways, argues Payton Flower, a recent University of Nebraska ag-econ grad, in her senior honors thesis. (https://digitalcommons.unl.edu/…)

"Primarily," she writes, "it is impossible to infer from the data whether the providers simply could or actually do provide the service. Since the question only reflects provided service to as little as one location per census block, it is possible, and likely, that large census blocks could be primarily underserved but mapped as if they are served."

Flower maintains there's a role for the states in improving the maps' accuracy. In her review of legislative attempts to fix rural broadband, she notes that the Broadband DATA law enacted in 2020 "includes permit consideration for collecting data from state and local governments, as well as the creation of a process for consumers and government entities to challenge the FCC's published maps with their own data."

The FCC, she says, "has shown a greater willingness to work with states who have begun taking their own measures." She cites Virginia and Georgia as two of the states that have been leading the way. Both are collecting much more granular data than the FCC. Her own state of Nebraska is beginning to follow suit.

Ideally, states would have a list of all of the addresses in rural areas and would know which had broadband availability and which didn't. Maps built on that kind of data would paint a far more accurate picture of rural broadband service.

Under the FCC's one-household-per-census-block definition, many people are considered served who don't really have service. Brad Lubben, the University of Nebraska professor who was Flower's thesis advisor, says he knows an agriculture producer who built his shop close to an interstate highway three miles from his home because that was where broadband service was available.

Under the FCC's definition the producer's home would have been considered served. Under the more granular approach the states are taking, it wouldn't be.

Examples of this kind of FCC misclassification abound. During the 2020 COVID lockdown, veteran DTN Staff Reporter Russ Quinn didn't have broadband on his farm outside Omaha -- the fiber-optic cable had reached to a nearby ditch but not to his home. His son Kyle needed to send clips of his tuba playing to his school band leader by internet. Unable to connect at home, Kyle played from a pickup truck parked at the top of a hill, where the cellphone signal was stronger, while his younger brother held the sheet music. (https://www.dtnpf.com/…)

The FCC's map would have considered the Quinn home served.

Some defenders of the status quo regard the lack of high-speed internet as part of the penalty people pay for choosing to live in the country. They rarely say that aloud, but some think it. Twenty years ago, when high-speed internet was in its infancy, they might have had a point.

Today broadband internet is a necessity of modern life. Telecommuting, tele-medicine, online education and precision agriculture are all difficult or impossible without it.

It will take time and money to extend broadband's reach in the countryside. It will take less of both if we have more accurate maps. 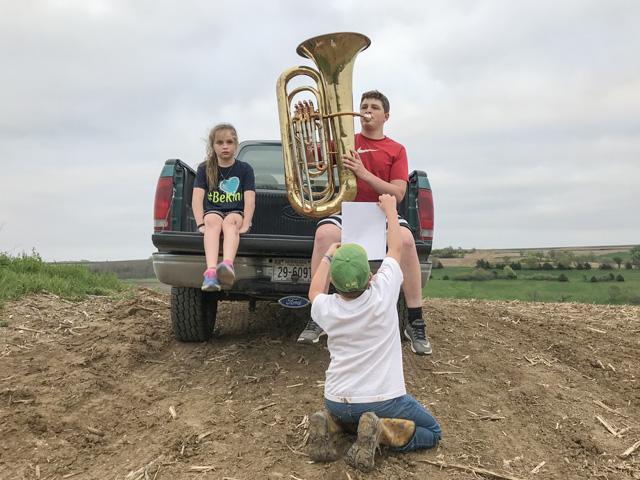