In his 10 years as "paramount leader," Xi Jinping has done his best to control what 1.4 billion Chinese think. A great firewall restricts internet users to government-approved content. Expressions of non-conforming opinion are punished. So is uttering forbidden words and phrases. Security cameras are everywhere, some with hidden microphones.

It feels like a throwback to an earlier era. China under Communist Party rule has never been free, but in the '90s and aughts dissent was more tolerated. Under Xi, China is clamping down again.

Socialist values and the need for a strong ruling party are being reemphasized. Just as Chinese of an earlier era were forced to study Mao Zedong Thought, students in China today take courses in Xi Jinping Thought, which isn't so different from Mao's.

Is the indoctrination working? Do the Chinese people believe what their rulers are telling them? Have they bought into the propaganda line? Have the limits on free expression stifled critical thinking and creativity?

These are not academic questions. Whether Americans regard the Chinese as enemies or customers, they need to understand what they think. "Know thy enemy," counseled the ancient Chinese strategist Sun Tzu in "The Art of War." Modern marketing experts say the same about customers.

Among our sherpas in the quest for this knowledge are Chinese-speaking Americans with experience in the country, like the author and New Yorker writer Peter Hessler. Hessler has done two stints as a teacher at Chinese universities in Sichuan province, the first as a Peace Corps volunteer in the 1990s, the second from 2019 to 2021.

His recent New Yorker article, "A Teacher in China Learns the Limits of Free Expression," paints a fascinating picture of his second-stint Chinese students. (https://www.newyorker.com/…) Far from being sheep docilely following the Communist Party line, many of them come off as clear-eyed about the faults of China's political system. Upon cool calculation they reckon its flaws are outweighed by its advantages. But most aren't rabid enthusiasts.

To be sure, some are. Early in 2020, Hessler was vilified on Weibo, a Chinese social-media site, for a comment he had written on a student's essay. The student had argued that governments should limit free speech, asserting that in "civilized" countries, people were not allowed to question national sovereignty. Hessler had pointed out that this description of other countries was wrong.

On Weibo, Hessler's comment was described inaccurately, implying he had endorsed violations of sovereignty. It was "treasonous" for Hessler to be teaching at the school, one of seven posts declared. "I think he's gonna die soon," said another. The posts were removed from the site and Hessler continued to teach, but when his contract expired in 2021 it wasn't renewed.

Yet compared to his 1990s teaching gig in China, Hessler found his recent students less worshipful of their leaders. When he assigned the earlier students to write about someone they admired, Mao had been the most popular choice. This time his students mostly wrote about scientists or entrepreneurs: "Out of sixty-five students, only one selected Xi Jinping, which left the President tied with Eminem, Jim Morrison, and George Washington."

For a paper in Hessler's nonfiction class, one student interviewed the young entrepreneur who provided her, for about $50 a year, access to an overseas virtual private network (VPN) service, which allowed her to get around the internet firewall. Hessler commented that his students "seemed accustomed to contradictions and mixed messages. They weren't shocked that the university required classes in Xi Jinping Thought while tacitly encouraging students to contract with illegal-VPN dealers."

Hessler was surprised to find George Orwell's novels "Animal Farm" and "1984" on the allowed list, indeed actually assigned for student reading. Both are about totalitarian governments' use of propaganda to control their populations.

In one bookstore run by the party, Hessler noticed books about Xi Jinping at one table and dystopian novels including Orwell's at the next. He attended a dramatic performance of "1984" in which the student actors made the story's message seem even darker than in Orwell's original.

Wouldn't these novels be threatening to the party? After pondering that question, Hessler concluded that "In China, nationalistic propaganda might be effective for children and other people at a lower level, but there's a tacit understanding that it won't work as well for the highly educated."

Hessler's students weren't a representative sample of the population. Only about one in every six people in China have the equivalent of a four-year college education, compared to about one in three in the U.S. Still, it seems significant that the propaganda isn't all that effective among the college educated.

Hessler ended up impressed that despite "the stifling political climate ... the Chinese educational system produced no small number of people who could observe and analyze, think and write." 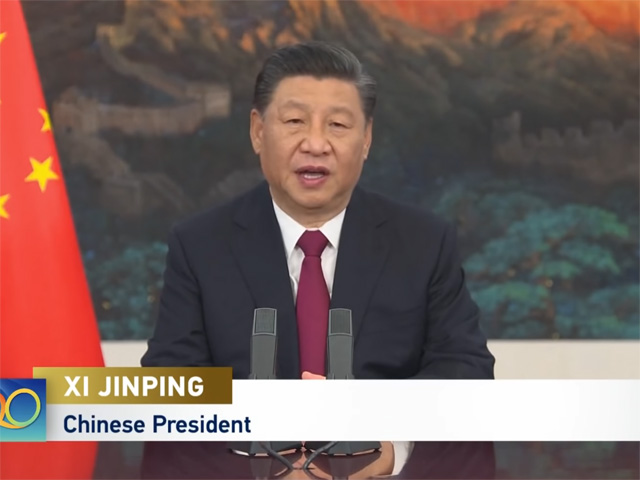