The most potent argument for President Joe Biden's $2 trillion infrastructure package is national security. As Secretary of Commerce Gina Raimondo put it, "This is about out-competing China." (https://www.cnbc.com/…)

Raimondo was describing the entire package, but national security is especially relevant to one of its planks -- the proposal for $50 billion in incentives for semiconductor manufacturing. For the competition with China in the decades ahead will be as much technological and economic as it is diplomatic and military, and semiconductors will be at the heart of it.

Semiconductors are the building blocks of technology. No modern economy can function without them. And they'll play an even more critical role in a future based on artificial intelligence, virtual reality, 5G broadband, self-driven cars and the Internet of Things. A chip-less army will be even more unimaginable than it is today.

Whether or not semiconductors qualify as infrastructure, the incentives for semiconductor manufacturing differ from many of the other non-bridges-and-roads planks. Most of these others are about welfare policy or environmental policy.

The $50 billion for semiconductor manufacturing is big-time industrial policy. In fact, it would be one of America's biggest industrial-policy leaps since 1862, when Congress passed four measures that launched a federal industrial policy in support of agriculture and the development of transcontinental railroads. (https://www.dtnpf.com/…)

Is it a justifiable leap? Conservative supporters of laissez faire economics and even some liberals have doubts.

The Washington Post editorialized that the private sector normally does a better job than government at allocating investment capital -- "picking winners among alternative industries, companies, technologies and locations." (https://www.washingtonpost.com/…) A spokesman for the conservative group FreedomWorks called leadership in semiconductors "a laudable goal that should be funded by private enterprise and not the American taxpayer." (https://www.wsj.com/…)

One measure of an industrial-policy proposal is the Abe Lincoln test. Lincoln said government should do for the people what the people cannot do, or do as well, for themselves. At first glance incentives for semiconductor manufacturing would seem to flunk this test.

But can the private sector build enough semiconductor-manufacturing capacity in the U.S. to assure America's technological competitiveness and national security? A 2020 study by Boston Consulting Group and the Semiconductor Industry Association predicts that without federal-government help, the U.S. will add only nine fabs between now and 2030. With a $50 billion incentive -- yes, the study used than number -- it would add 19. (https://www.semiconductors.org/…)

Government money is necessary because incentives offered by China, Taiwan, South Korea and Japan help make those countries less costly places to build and operate fabs. Even with $50 billion from Uncle Sam the U.S. would be at a cost disadvantage. U.S. labor costs are as much as double China's and 40% higher than Taiwan's. The incentive would narrow the cost disadvantage enough that America's advantages, such as better access to talent and superior intellectual-property protection, will compensate for the higher cost.

And the difference between nine additional fabs and 19 could be critical to the future of the U.S. semiconductor industry. For one thing, the "cluster effect" is real. Companies locate new plants near older plants. If the U.S. gets too few new fabs now, it's likely to get even fewer in the future.

Moreover, what the U.S. industry has been doing in recent years -- designing chips at home, manufacturing them in Asia -- is going to get harder to pull off. According to the study, research and development on new products will increasingly be tied to research on manufacturing; those who don't make won't find it easy to design.

With the competition with China heating up, the U.S. can't afford to depend on overseas suppliers for all or even most of its semiconductors. A strong domestic manufacturing base is essential.

A skeptic might point out that the study making the case for this $50 billion was financed by the industry that would get the handout. That's true, but the study is not as self-serving as it looks. Think of it as the industry saying, "We can continue to make most of our chips in Asia. This is what it would take to make more of them in the U.S. Do you want us to do that?"

It won't be easy getting Congress to answer that question "yes." Indeed, it won't be easy to get Biden's full infrastructure package through Congress. It's open to criticism on more than one front.

Let's hope, though, that the critics come up with alternative plans to keep the U.S. in the semiconductor business and rebuild our infrastructure. With the competition with China heating up, a better infrastructure is a must.

"The United States is entering what could be a decades-long competition in which economic and technological power will matter just as much, if not more, than military might," said Jonathan Hillman of the Center for Strategic and International Studies. "Starting this race with decaying infrastructure is like lining up for a marathon with a broken ankle." (https://www.csis.org/…) 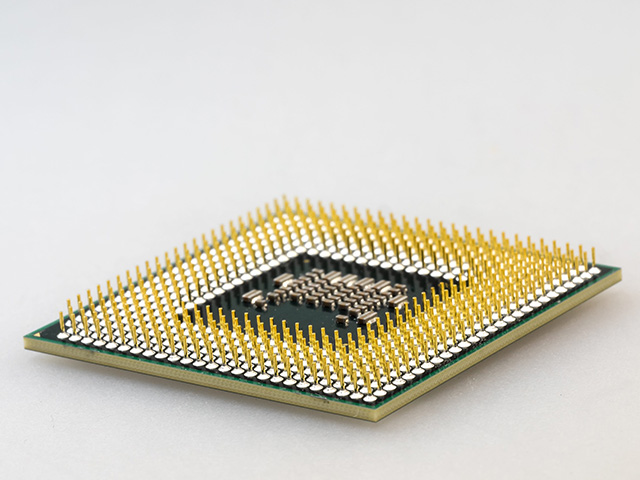