The adverse hits just keep on coming for the U.S. winter wheat crop. The 2022-23 edition is off to its worst start on record with more wheat rated poor to very poor (34%) than rated good to excellent (30%) in the Nov. 7 USDA crop progress report. It's the lowest rating by far since weekly crop ratings began in the late 1980s. (DTN contributing analyst Joel Karlin has more details here: https://www.dtnpf.com/…

Those low ratings, of course, directly relate to drought. The vast majority--74%--of U.S. winter wheat areas were in drought according to a late-October USDA Ag in Drought assessment. That included all the high production hard red winter (HRW) wheat areas of the southern Plains along with the top soft red winter (SRW) wheat production areas of the lower Ohio Valley and the upper Mississippi Delta. The HRW region's drought has been ongoing for many months, and the SRW drought notably kicked in during

the month of October. So, drought has definitely been prominent in the tough early going for both HRW and SRW wheat. (Recent rainfall has eased drought intensity in SRW areas.)

A strong Arctic cold wave forecast to spill into the interior U.S. during this weekend adds more stress to the already-weak crop. Temperatures ranging from ten to 15 degrees Fahrenheit below normal are tracking toward the top winter wheat production regions as we head toward mid-November. Dry soils offer very little cold-air moderation due to a lack of moisture to evaporate and release some heat in the process. This issue is not usually thought of at this point in the long winter wheat cycle, but then again, winter wheat has not been in this kind of condition either--at least in the past 35 years.

November cold waves around Veterans Day are not uncommon. And ahead of this event, Kansas State extension agronomist Lucas Haag noted in a Twitter reply to a question about cold wave concern that "fortunately we have had some gradual cooling…which should have allowed the wheat to start hardening off…"

But after a year when U.S. winter wheat production was down 14 percent due to drought, and the next crop is struggling with moisture to even get going, there's plenty to be cautious about ahead of the cold wave. DTN cash grain analyst Mary Kennedy summarized the situation from her career in the grain merchandising arena. "Given the very poor ratings right now, a cold snap will be brutal for the fragile plants…wheat has nine lives, but it hasn't even had a chance to have its first one yet," Kennedy said. 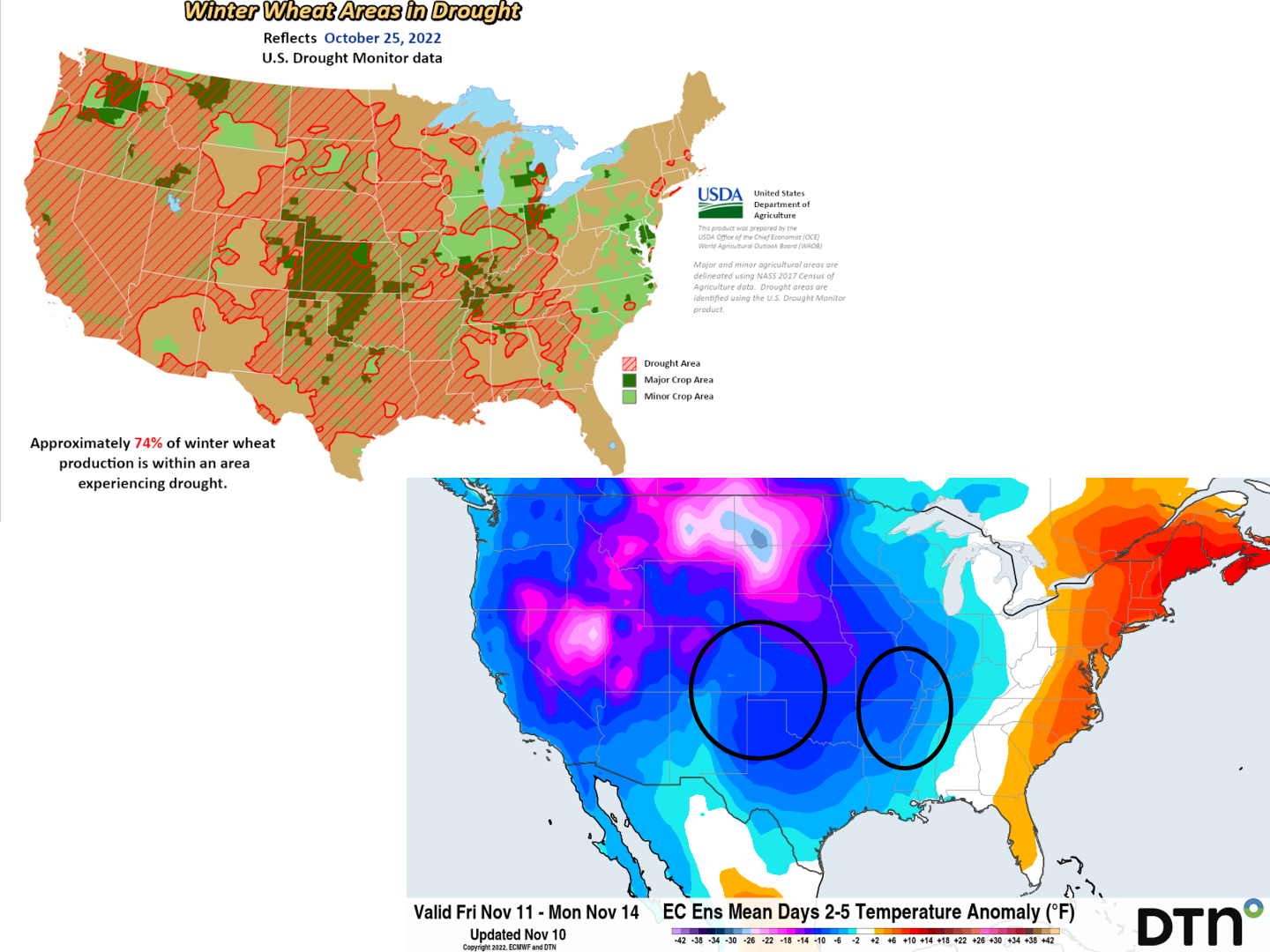