An important corn crop stress indicator that will be watched closely this season, especially in Corn Belt areas which experienced hotter and drier weather during pollination and the beginning of kernel fill, is a feature known as tip back. This occurrence can be minor, in which case yields are not threated; or major, when yield reduction is highly probable.

A Purdue University article notes that tip back occurs when: "Barren tips of cobs result from some combination of an absence of kernel development and shriveled, aborted kernels. Each has a different set of possible causes. An absence of kernel development indicates that pollination itself was not successful. The list of possible causes includes severe silk clipping by insects (corn rootworm or Japanese beetles) during the final stages of pollination, delayed silk emergence or deterioration of exposed silks due to excessive heat or drought conditions, silk emergence failure due to silk-balling near the tip of ear, and lack of viable pollen due to excessive heat or drought conditions. Diagnosing the exact cause later in the grain fill period can be challenging.

"The occurrence of kernel abortion signals the incidence of severe photosynthetic stress during the first few weeks of grain fill following the end of pollination. Tip kernels are especially vulnerable to abortion because they are the result of the final days of pollination and therefore are technically the youngest kernels on the ear and most sensitive to subsequent severe photosynthetic stress."

Just because an ear of corn does not have kernels all the way to the end does not always mean a yield threat, according to DTN Crops Technology Editor Pam Smith. "Keep in mind that some tip back isn't necessarily bad. Farmers and agronomists managing for high yields often say they are leaving some yield on the table if they don't plant thick enough to see some tip back," Smith said.

An important distinction of tip back damage is the color of the kernel. Aborted kernels at the end of the ear will have a slight yellow color. Corn kernel ovules which did not get fertilized at all will be visibly blank at the end of the cob.

The U.S. total corn silking rate was at 80% as of Sunday, July 31. Weather forecasts for the first two weeks of August indicate the final 20% of corn to go through the silking and early fill stages will have mostly seasonal temperatures. This could help mitigate the yield drawdown from tip back in northern and central Corn Belt areas. Southern areas have already experienced significant heat- and drought-related crop stress.

The full Purdue University article on tip back and yield impact is available here: https://www.agry.purdue.edu/…

Keep up with details on the 2022 DTN Digital Yield Tour here: https://www.dtnpf.com/… 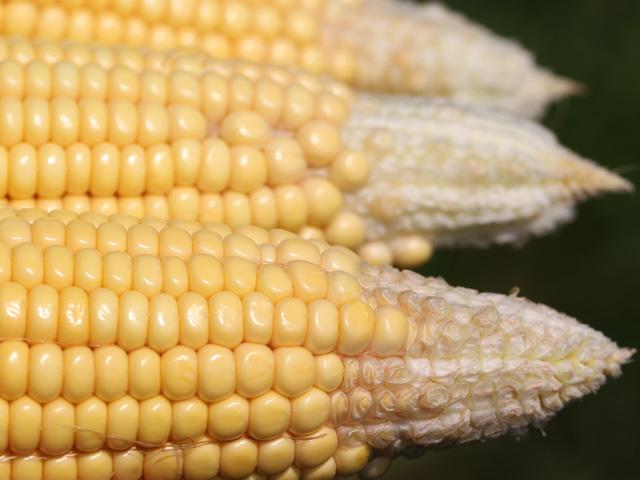