The final USDA crop progress report for the 2018 season shows that there is still a significant amount of soybeans left in the fields in the Ohio and Tennessee Valleys.

The states of Ohio, Kentucky, Tennessee and Missouri still have 10-20% of their soybean acreage left to be harvested. Quality and yield declines along with disease issues are being reported. There is still a small percentage of soybeans in the fields in Iowa, North Dakota and Indiana. Harvest progress in Iowa is 12 days behind normal. Corn harvest is nearing completion in the Midwest; however, in North Dakota, 20% of the acreage is still in the fields. It appears that some corn will be left in the fields over winter and harvested in the spring.

The outlook for the next six to 10 days continues to look quite poor for the remaining soybean harvest in the southern Midwest, with very wet conditions expected. This weather pattern continues to show El Nino characteristics.

Farther south, adequate to surplus soil moisture in the Southern Plains is very favorable for pre-winter development of wheat. However, episodes of cold weather have slowed crop development; crop emergence is running behind normal in Kansas and Oklahoma. The weather outlook during the next six to 10 days calls for below-normal temperatures, with precipitation near to below normal.

In South America, a very active rainfall pattern continues across virtually all soybean areas of Brazil. This pattern is still assessed as being favorable for soybean development. Soybean planting is almost completely finished.

Argentina is having a more typical rainfall pattern. This change in rainfall is favorable for corn and soybean planting and development after a period of heavy rains during the middle of the month impacted planting and may have forced some replanting.

We will be updating our sea surface temperature departure in the eastern equatorial Pacific for the month of November next week. Eastern Pacific equatorial temperatures for the first half of November, as noted Tuesday Nov. 20, showed a departure of plus 1.7 degrees Celsius above average. That was up from the plus 1.4 degree C observed during October. We continue to see El Nino signatures in the weather patterns in both the U.S. and South America. 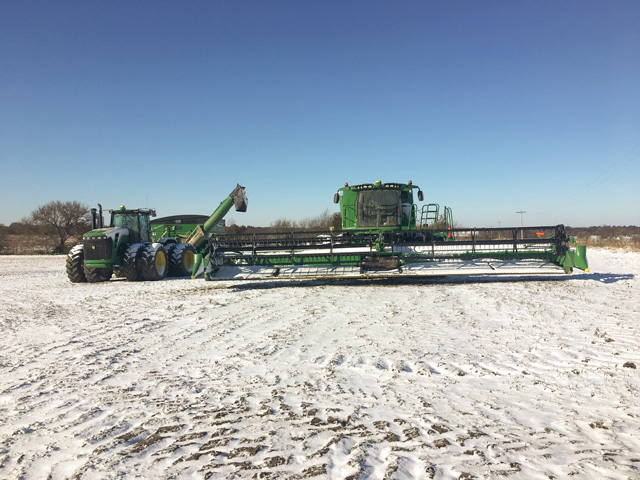