An overall favorable weather pattern for corn and soybeans in the Midwest is expected to continue during the next seven to 10 days. Rainfall will be near to above normal in the west, and near to below normal in the east, during the next five days. This will be followed by near to below normal rains in the west, and below normal east, during the six- to 10-day period. The weather will be turning hot, with periods of above to much-above-normal temperatures. Soil moisture will be depleted during the six- to 10-day period; however, with adequate soil moisture reserves, this should not put major stress on crops.

We are looking at the potential for a significant subtropical ridge building over the Midwest during the six- to 10-day period. The history of these ridges so far this growing season is that they do not persist in one area. Weather forecast models suggest that the ridge will back off to the south and west during the 10- to 15-day period. However, this situation bears close watching. If the ridge were to persist beyond the six- to 10-day period, it would begin to coincide with the major pollination period for corn.

Crop weather is expected to remain quite favorable in the Northern Plains with near to above normal rainfall during the next five days, and near to below normal rains in days six to 10. The Southern Plains and Delta states expect mostly above normal temperatures and below normal rainfall during the next 10 days. This will deplete soil moisture and increase stress on corn and soybeans, especially pollinating and filling corn. This weather pattern will favor the wheat harvest in Kansas.

In South Asia, the India monsoon seems to be coming to life with some significant rainfall reported in the major oilseed areas of west-central India during the past five days. The monsoon may be somewhat erratic during the next seven days. Rising sea surface temperatures could produce a less-than-favorable monsoon this year. 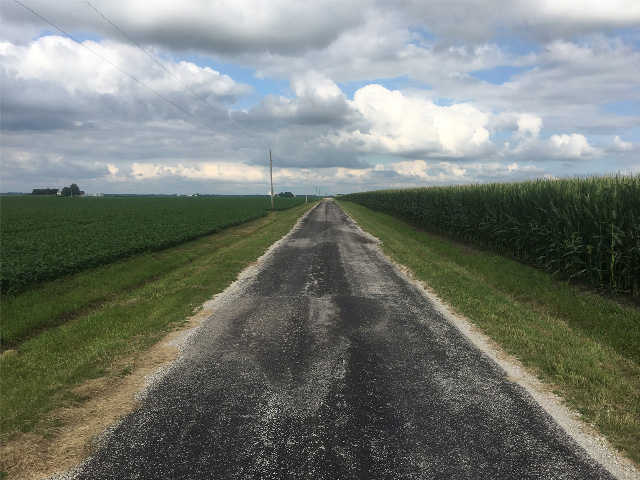