Ahead of the start of the 2018 crop year, there was some concern that a weak La Nina event in the Pacific Ocean -- which helped to bring about the notable drought in the Southern Plains and the southwestern U.S. -- was going to persist all the way through row-crop season as well. That got some attention, and rightly so. After all, it was 30 years ago this year, in 1988, when the Pacific equatorial waters cooled dramatically during late spring and set off a very strong La Nina event, which brought about a 30% drop in corn production from the record year in 1987.

However, the ocean water temperature pattern is not acting cooler. In fact, Pacific temperatures have shown a warming trend in the past several weeks. This trend has been notable enough that, according to the National Oceanic and Atmospheric Administration (NOAA) Climate Prediction Center (CPC), an El Nino Watch is now in effect. The CPC first published the El Nino Watch notice during the June 11-15 week. It reads in part:

ENSO-neutral is favored through Northern Hemisphere summer 2018, with the

However, computer forecast models now point to a slightly stronger and faster-forming El Nino than the models were indicating during May. The official El Nino ocean temperature threshold is 0.5 degree Celsius above average -- and that value is now showing as a possible development by late summer-early fall -- the August/September/October period, as opposed to later in the fall season, October/November/December.

The sea surface temperature is not the only parameter showing a tendency toward El Nino features. Low-level winds in the Pacific equator region are showing a stronger west-to-east tendency. That's also an El Nino characteristic -- and this ties in with recent values of the Australia Southern Oscillation Index (SOI) which have been running at minus 10 or lower -- another indicator of El Nino conditions forming.

These trends are important for a possible positive impact on crops. El Nino-related wind patterns make it difficult to maintain a standing, stagnant, and crop-threatening high pressure cell over the central U.S. In fact, even as the prospect for a round of hot weather highlights the 10-day forecast going into the last week of June and the first few days of July, my colleague Mike Palmerino suggested Friday that the ability of a hotter pattern to linger may be limited.

"I do not expect it to turn dry enough to impact crop conditions, and in some areas, drier weather would be welcome after heavy rains this week," Palmerino said.

The CPC six- to 10-day forecast issued Friday afternoon goes along with that idea, calling for above-normal temperatures and above-normal rainfall -- warm and wet -- over much of the northern, central and southeastern U.S.

"If indeed we have an earlier development of El Nino, this could keep crop conditions quite favorable going into pollination," Palmerino said. 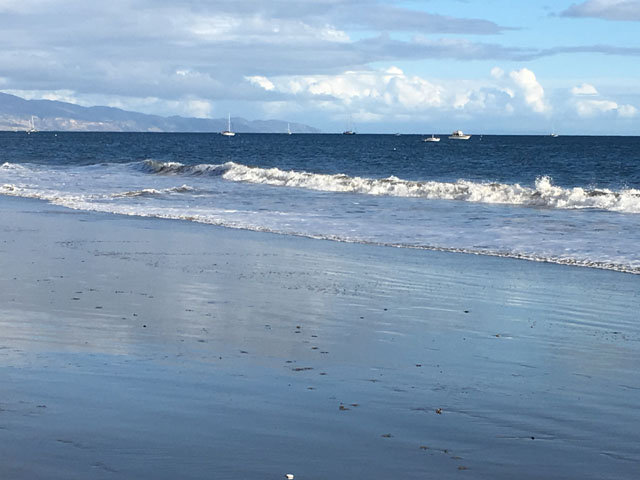