Good to excellent ratings for corn in the major producing states of the Midwest were mostly unchanged this week, except down by 2 points in Minnesota and up by 3 points in Iowa. The actual national corn rating total, however, increased by one percentage point to 78% good to excellent. Crop ratings for soybeans, which are not as important this early in the season, were down by 3 to 6 points, except in Indiana and Ohio where they were up slightly. The national total, however, was only one point less than the previous week, at 73% good to excellent.

An overall very favorable weather pattern for corn and soybeans in the Midwest is expected to continue during the next seven to 10 days. Temperatures and rainfall are both indicated to be near to above normal.

The reason for the favorable weather pattern will be due to a mean upper-atmosphere high pressure ridge over south-central Canada.

To the south of this ridge, a weak trough will be located over the Midwest. This trough will be the focus of frequent episodes of scattered showers and thunderstorms. As you head to the north and south of this trough, rainfall will be more limited across the Northern Plains, Canadian Prairies, Southern Plains and Delta states. However, the only crop that may be negatively affected at this time would be pollinating corn in the Southern Plains and Delta states.

Meanwhile, the situation with the Indian monsoon continues to be of interest. It appears that the onset of the monsoon in the major oilseed areas of west-central India will be about two weeks behind normal, not occurring until the end of the month. This is not a major concern at this time, as long as monsoon persists once it does become established. 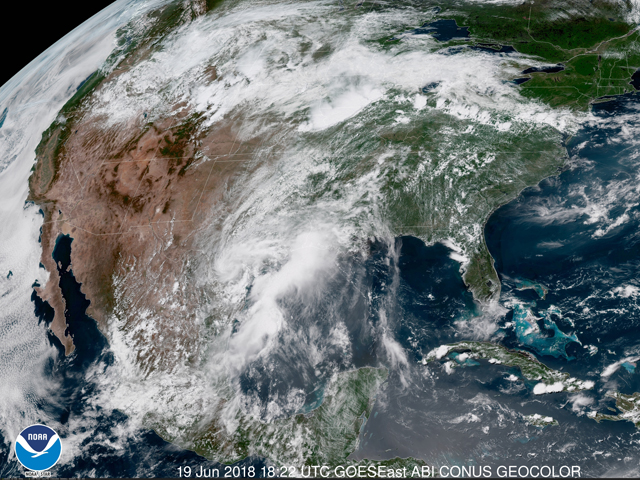