Much of the Midwest has been averaging around 4.5 days per week suitable for fieldwork during the past two weeks. This has resulted in rapidly warming soils and a significant increase in corn planting in all states except in the northern states of Minnesota, South Dakota, and North Dakota.

Planting progress is now ahead of average in Illinois and Indiana and is running near normal in Iowa, Nebraska and Ohio. Despite the fact the weather pattern continues to feature near- to above-normal rainfall in most areas, it does not take long to dry out topsoil between rain events as evidenced by the comments out of Indiana this week. "Many growers noted overly dry conditions while planting and made depth adjustments or bet on the rains in the forecast."

We see little change in the overall weather pattern during the next 10 days, with variable temperatures and near- to above-normal rainfall. We have not changed our six- to 10-day outlook in quite a while. This pattern would be a recipe for big crops if it continues into the summer.

Planting progress for spring wheat in the Northern Plains is increasing, but remains well-behind average. It is likely that some producers will shift acreage out of spring wheat and into corn and soybeans as late planting of this cool-season crop could lead to stress during heading and filling in the heat of the summer. Rainfall appears limited during the next seven days. Near- to below-normal temperatures are expected through the remainder of the week.

We continue to see a drought-stressed crop over western portions of the Southern Plains winter wheat belt with a vast majority of the crop in Kansas, Oklahoma and Texas in fair to poor condition. Much of the crop has headed out in Texas and Oklahoma. However, heading progress is well-behind average in Kansas. This would favor the crop if some significant rainfall were to occur. However, indications are that rainfall will remain limited in western areas.

Above-normal temperatures and below-normal rainfall in the Delta and Southeast states will deplete soil moisture and increase stress on developing corn. This situation bears watching. Soil moisture supplies have already shown a major drop this week in Georgia.

In South America, the later-planted second-crop (safrinha) corn in central Brazil is being affected by a rapid turn to hot and dry weather during the past couple of weeks. Crop production estimates are being lowered with further reductions expected as the dry season appears well-established. 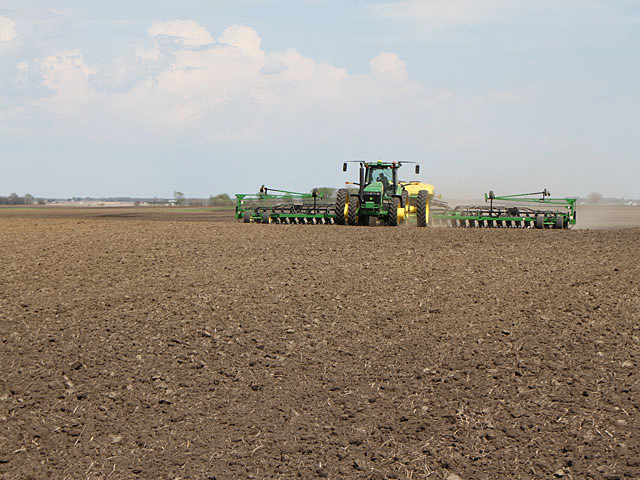