Heavy rains over the weekend in both the major corn and soybean areas of central Argentina as well as the double-crop soybean areas were very timely and beneficial after a couple of weeks of dry weather. This rainfall is equivalent to rains in the Midwest in early August and will go a long way in ensuring a big crop. Additional rains are expected later in the week.

Very favorable conditions continue in the major soybean areas of Brazil. The crop in central Brazil is being harvested at a faster-than-normal pace due to the early planting. Second crop corn is being planted behind soybeans under very favorable moisture conditions. The only problem area this growing season has been in the far northeast with hot/dry weather observed. Even this region is expected to see an increase in rainfall during the next five days that will be of some benefit.

Our latest calculation of the sea surface temperature departure in the eastern equatorial pacific for January has risen to 0.9 degrees Celsius above normal. This is up from a departure of 0.2 degrees Celsius above normal during December. This rapid warming is being caused by very warm sea surface temperatures that have developed close to the South America coast. Normally the warming takes place further to west in the central pacific (Nino 3.4) region and works its way eastward.

In their latest ENSO outlook the Australians indicate that half of their models suggest strong warming during the Northern Hemisphere spring with five models indicating an El Nino developing during February. Our data is suggesting this could occur as we are already near El Nino thresholds. Generally speaking, an El Nino event during the 2017 growing season would be favorable for crops in the Midwest. 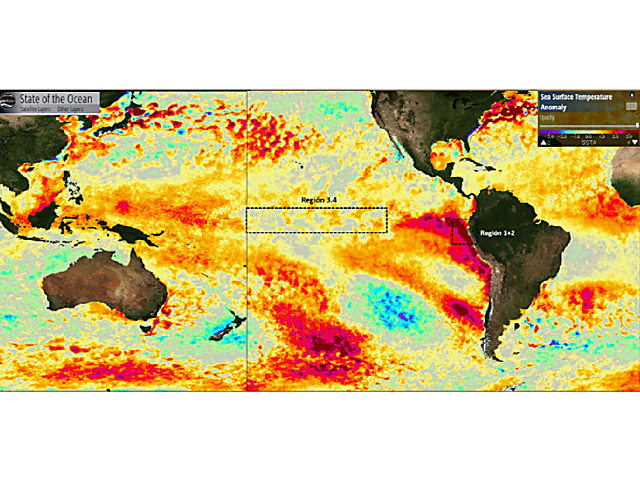