The lowest December temperatures in a number of years are raising winterkill concerns in Southern Plains wheat areas.

We saw very low temperatures during the Dec. 17-18 weekend in the Southern Plains. Low temperatures of 15 to 20 degrees below zero Fahrenheit in western Kansas were recorded. This extreme cold weather occurring with wheat having very little protective snow cover may have caused some damage, especially in areas stressed by dryness.

The extent of this damage will be determined by how much rain falls this spring after the crop breaks dormancy. If the rainfall pattern is active, the impact of this cold outbreak will be minimal. If it is a dry spring, the impact of the cold will be more significant. There are no additional cold weather incidents indicated in the forecast during the next 10 days; however, conditions will also remain generally dry, with little precipitation.

In South America, the weather pattern features improving rainfall for developing corn and soybeans in central Argentina with the potential for some heavy rainfall over the weekend. If this event indeed occurs, it will end any concerns over recent drier weather.

Our latest calculation of the sea surface temperature departure in the eastern equatorial Pacific for the first half of December was 0.0. Our database has never indicated a developing La Nina. The Australians have now backed off the development of a La Nina and are now in the neutral camp with us. The U.S. climate prediction center is still calling this a La Nina event.

Previous Post (Drought Improvement Promising for New Year)
Next Post (Are We Setting Up for Another Cold Outbreak in Canada?) 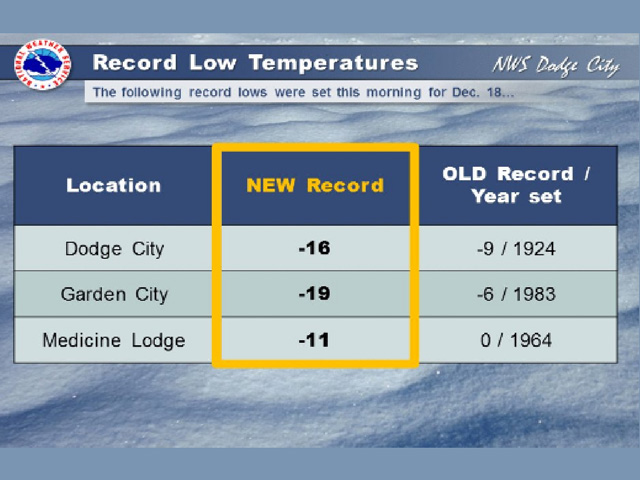