USDA's Farm Service Agency efforts to get $31 billion in Coronavirus Food Assistance Program (CFAP 1 an CFAP 2) payments out to producers leaned heavily on self-certified documents that could have generated a high percentage of "potentially improper" payments to farmers and ranchers, the Government Accountability Office found.

In an audit released Thursday, the GAO audit of payments to 90 producers found more than half of them (48 out of 90) didn't provide full information to support their claims.

GAO investigators randomly reviewed 90 claims and found 48 of those producers' payments -- about $87 million -- were "potentially improper" because they did not file proper paperwork to support their income and production claims. The GAO found the producers didn't have paperwork to support claims of inventory or sales' or some other form of paperwork was missing.

"In our review of CFAP claims of 90 producers, we found that over half of the producers did not provide support for their claims," the GO stated. "Thus, payments that FSA made on these claims were potentially improper."

In sending out the aid, FSA relied heavily on producers providing self-certified documents to support their production and inventory claims.

The GAO noted that in a majority of the cases investigators examined they did not find indicators of potential fraud.

Of those audited by the GAO with possibly improper payments, 24 were livestock producers; 15 grew "other commodities" such as fruits, vegetables or nuts; and 9 were dairy producers.

The GAO found FSA paid $661.5 million (about 2% of payments) to producers who had average annual adjusted gross income (AGI) above $900,000 over a three-year period. These high-income producers -- 1,682 people and 1,518 entities -- qualified for CFAP payments because at least 75% of their income was from farming, ranching or forestry.

Those high-income producers largely fell into the category of other commodities such as fruits, vegetable and nut producers, accounting for $443.6 million in payments.

Historically underserved producers -- 70,393 producers -- received about $1.5 billion of CFAP aid, or about 5% of all payments. Those included beginning farmers, producers with limited resources, farmers reported as socially disadvantaged or veterans. Those producers' payments averaged $21,055, or $3,348 below the average payment of other farmers.

The GAO report was sent to multiple House and Senate committee leaders.

The full report can be viewed at https://www.gao.gov/…

Obviously feeling left out of the planning, twelve major agricultural groups on Thursday sent a letter to President Joe Biden and Agriculture Secretary Tom Vilsack seeking to "a seat at the table" for the upcoming White House Conference on Hunger, Nutrition and Health at the end of September.

"The agriculture production sector should be invited to the Conference to share our experience with the attendees," the agricultural groups stated. "Our members form the literal bas of the food chain, supplying the grains, fruits, vegetables, proteins, and dairy necessary to provide Americans of all backgrounds with a healthy diet."

The White House conference is set for Sept. 28 and looks to explore the various issues with food insecurity as well as diseases related to Americans' eating habits such as heart disease, type 2 diabetes and obesity. The Health and Human Services website on the conference notes the last similar conference by the White House was in 1969. That event helped move towards changes in school lunches, the Women, Infants and Children (WIC) program and changes in food labeling.

Details on the White House Conference on Hunger, Nutrition and Health https://health.gov/… 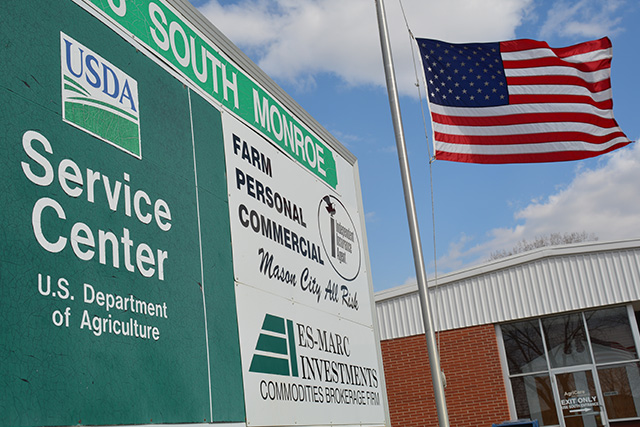