Coming out of Wednesday's hearing by the House Agriculture Committee, some strands on the tug and pull of agriculture over climate change continue getting teased out and show how the committee might try navigating around climate programs at USDA over the next couple of years.

Rep. Glenn "GT" Thompson, R-Pa., the ranking member of the House Agriculture Committee, continued to throw down a marker on climate. Thompson has spent the last year going back and forth on conservation programs and carbon markets with the only repeated theme being his disdain for USDA using Commodity Credit Corp. funds in any capacity to support climate programs. Thompson on Wednesday said he believes U.S. farmers are climate champions, "But I will not fundamentally upend our commodity, conservation and crop insurance programs to appease Washington think tanks," he said. "I will reject complicating our programs and making climate the focus of every title of the upcoming farm bill reauthorization."

Thompson's comments on climate and farm-bill programs ring loudly because if political projections and prognostications are accurate, Thompson will take over as chairman of the committee next January, as agriculture gears up for the "2023" farm bill. The realistic odds that a GOP-led Congress would pass a farm bill next year -- or even in the next Congress -- are probably lower than those of a 16th seed winning the Final Four over the next three weeks.

Thompson criticized USDA's "half-baked pilots" -- the Partnership for Climate Smart Commodities -- saying, "I do not believe USDA or taxpayers should be subsidizing arbitrary climate goals nor do I believe we should be funding a climate cottage industry."

The congressman then leaned on Texas A&M agricultural economist Joe Outlaw to support his case. Outlaw called the climate effort "a positive" but then added unless every area of the country can participate equally, then it creates "segmented markets," potentially putting some growers at a disadvantage. Outlaw then noted when it comes to conservation and the 675 producers A&M follows as "representative crop and livestock operations" in 29 states, those farmers support USDA conservation programs but often have more needs than there is money available under the conservation programs. Outlaw then added his representative farmers do not support "tying climate-smart practices" to crop insurance -- not in premiums, not in participation and not in indemnities.

Yet, crop insurance is already tied to climate change in different ways. After a prolonged drought hit Texas and other states in 2011, the 2014 farm bill created the Actual Production History (APH) Yield Exclusion (YE). The crop insurance provision allows farmers to drop exceptionally bad years from their APH in crop years in which the county yield is at least 50% below its average.

Congress also already supports funding for climate change in several ways. Since the 2018 farm bill was passed, lawmakers have repeatedly needed to provide a range of new disaster aid payments under the Wildfire and Hurricane Indemnity Program Plus (WHIP-Plus) to make up for the growing range of agricultural disaster losses traditional crop insurance doesn't cover. USDA has had to define what is covered under a derecho loss, grain stored in floods, or derechos, polar-vortex losses, quality losses to crops from drought, increases in 2019 prevented-planting payments, and USDA is now trying to figure out a payment plan for "smoke-tainted" grapes as well. Unforeseen disasters are averaging about $3 billion-plus a year under WHIP-Plus. Congress came up with $10 billion last year to pay for 2020-2021 disaster losses.

Some groups keep trying to make the point that expanding conservation programs can make producers more resilient to these disasters as well. In the end, that could provide more potential premium discounts for producers along the way. Representing the AGREE coalition at Wednesday's hearing was Minnesota farmer Kristin Weeks Duncanson, who called for "improving the connection between conservation and crop insurance." Duncanson added conservation measures help reduce drought risks.

"Farmers use conservation and they become less risky and more resilient," Duncanson said. "The probability of (yield) loss decreases as conservation increases."

Then there is the Food and Agriculture Climate Alliance (FACA), represented in Wednesday's hearing by Chuck Conner, president and CEO of the National Council of Farmer Cooperatives. Now representing more than 80 farm groups, FACA has a long list of recommendations, including calling on the House to follow the 92-8 vote last year in the Senate and pass the Growing Climate Solutions Act. That bill would essentially give USDA authority to set standards and certification for private carbon markets. Conner also backed USDA's $1 billion Partnership for Climate Smart Commodities as well. "FACA is especially pleased to see the program structure consistent with our recommendations for climate-smart projects," Conner said.

Moving ahead, FACA, AGREE and others are going to have to find a way to convince Thompson that agriculture broadly supports some climate initiatives that don't just come from some well-meaning think tanks in D.C. 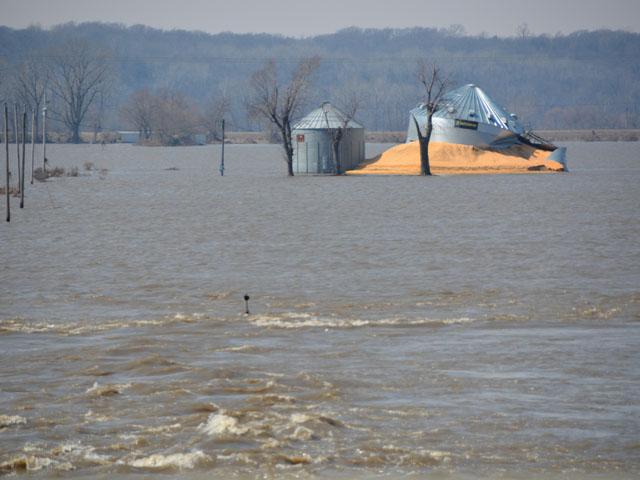