A new study published by the National Academy of Sciences on ethanol production will likely draw a lot of scrutiny when the National Ethanol Conference kicks off next week in New Orleans.

The study, led by researchers at the University of Wisconsin, questions whether ethanol "should be left in the rearview mirror" as a transportation fuel. Essentially, the researchers conclude corn ethanol contributed to higher greenhouse gas emissions since the Renewable Fuel Standard went into effect than if liquid fuels had been left to "business as usual."

When factoring in the increase in corn production, the expansion of acres, the culling back of the Conservation Reserve Program (CRP), and the increase in fertilizer use, the study comes to the conclusion, "The sum effect is that the carbon emissions of corn-based ethanol produced to meet the Renewable Fuel Standard are at least as high as those from the equivalent amount of gasoline and possibly higher -- likely by 24% or more," the University of Wisconsin stated in a news release.

The study comes at a time when the Environmental Protection Agency will have to recalibrate how to manage the RFS blend volume requirements after this year as the dates set in the legislation expire.

"It's a pivotal moment for deciding what this policy -- and our landscape -- should look like moving forward," said Tyler Lark, the lead author on the study and a scientist in the Great Lakes Bioenergy Research Center and the Nelson Institute for Environmental Studies at UW–Madison.

The combined changes in the intensity of corn production and cropland led to 7.5% more reactive nitrogen from fertilizer. That has led to an annual 5.3% increase of nitrate leaching from agricultural land as well, and has been "implicated in widespread groundwater contamination throughout the United States with major public health consequences. Leaching was highest in regions with high nitrogen inputs and course soil texture."

Along with nitrogen also comes phosphorus runoff. The study cites that edge-of-field phosphorus runoff has increased by 3.2% as well, driven by a 3.5% increase in total phosphorus applications and a 4.7% increase in soil erosion, "which transports dissolved and sediment-bound P to downstream surface waters, where it causes eutrophication and harmful algal blooms."

Focusing on emissions, "the RFS substantially increased on-site GHG emissions from cropping systems. Greater use of nitrogen fertilizer increased nitrous oxide emissions by 8.3% or 4.1 Tg of CO2 equivalent. (That translates into 4.1 million metric tons of additional carbon dioxide.) That's because nitrous oxide as a greenhouse gas is 298 times more potent than carbon dioxide per ton. Most of the higher emissions stem from intensified corn production on preexisting fields, but about 5.7% of emission increases stem from increases in corn acres.

Proceedings of the National Academy of Sciences: https://www.pnas.org/…

As expected, the report didn't exactly go over well at the Renewable Fuels Association. Geoff Cooper, president of RFA, released a rebuttal.

"The claims in this report simply don't align with reality and the facts on the ground, and the paper reads more like a fantasy novel than a genuine piece of academic literature. It should not be taken seriously," Cooper wrote.

Cooper added, "In fact, when related research from some of the same authors was released several years ago, representatives from RFA and corn grower organizations met with this study's lead author, Tyler Lark, at the University of Wisconsin, in an attempt to begin a constructive conversation about today's ethanol industry and the real impacts of biofuels policy.

"At that time, we shared data and information with Lark and his colleagues and asked how we could collaborate on research. We asked how we could work together to ensure their error-ridden satellite analysis of land-use changes was grounded in reality. We never heard back from them."

Cooper added, "RFA is always open to having an honest, fact-based discussion about the impacts of ethanol and the RFS on the environment and economy. We have a great story to tell, and the data to back it up. Ethanol already reduced GHG emissions by roughly half compared to gasoline, and we are on a trajectory to achieve a net-zero emissions carbon footprint for ethanol by 2050 or sooner. Unfortunately, the authors appear more interested in slandering farmers and getting salacious headlines than examining the facts."

In a seven-page response, RFA cited multiple studies in recent years showing corn ethanol reduces emissions somewhere in the range of 41% to 50% compared to gasoline.

"Today's corn ethanol already reduces GHG emissions by roughly half, on average, compared to gasoline. According to the Department of Energy's Argonne National Laboratory, typical corn ethanol provides a 44 percent GHG savings compared to gasoline, including land use change emissions. Similarly, researchers affiliated with Harvard University, MIT, and Tufts University concluded that today's corn ethanol offers an average GHG reduction of 46 percent versus gasoline. In addition, the California Air Resources Board (CARB) found that ethanol used in the state in 2020 reduced emissions by 41 percent, on average, compared to gasoline. From 2011 to 2020, CARB data show that the use of ethanol cut GHG emissions from the California transportation sector by 27 million MT CO2e, more than any other fuel used to meet the state's Low Carbon Fuel Standard requirements.

RFA also counters the Wisconsin study's data on overall acreage and production, citing that acreage has been relatively constant since the RFS went into effect in 2008 while average yield and production have trended higher. Fertilizer applications per bushel also have declined during that time, RFA cited. 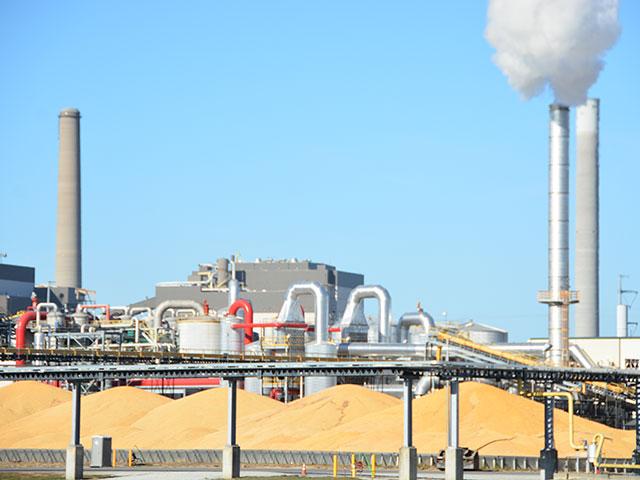