Federal crop insurance premium subsidies have helped lead to fewer and larger farms, according to recent research published from the University of Nebraska-Lincoln Department of Agricultural Economics.

The researchers reached out and grabbed hold of "third rail," so to speak, as crop insurance over the years has been build up into a policy area that has garnered significant protections from members of Congress and agricultural groups.

Pointing out that more than 90% of corn acres are now covered by crop insurance, economists looked at how crop insurance has affected farms in Nebraska since 2000 when the Agricultural Risk Protection Act (ARPA) went into effect. ARPA increased premium subsidies to drive up participation in the program. Crop insurance now often provides payments even when harvests are bountiful, which leads to unintended consequences the UNL researchers noted. Among the consequences is farm consolidation.

RMA and FSA data show 91.9% of corn and 92.4% of soybeans planted in 2021 were covered by some form of crop insurance policy, a high percentage of which were revenue policies for both crops.

The study examined 426 counties across five Corn Belt states -- Illinois, Indiana, Iowa, Minnesota and Nebraska. Looking at multiple variables tied to farm income and production, going back to 1992, the study shows the average county lost 23.6% of its farm numbers after ARPA came into effect in 2000. In Nebraska, the number of farms declined between 20% and 40%, depending on the county.

This year, premium subsidies in Nebraska ranged from just over $36,000 countywide in Hooker County to as high as $10 million in Furnas County, Neb., with an average of just over $5 million per county.

The unintended consequence of crop insurance is farm consolidation as farms are bought out using rents from subsidized crop insurance. The result is fewer farms and larger overall farm size as a result.

"Some farmers know the system and can take advantage, using returns to beat up on their uninformed neighbor," said Cory Walters, associated professor of agricultural economics at UNL.

Yet, crop insurance also helped result in lower market prices for commodities as well. "That is because of the increase in aggregate crop supply, induced by participation in subsidized insurance, results in declining market prices," researchers stated.

The study concludes that subsidized crop insurance accelerates consolidation and translates into consequences for sustainability and depopulation of rural communities. "These unintended effects could make the case for reverting to ad-hoc disaster payment programs," the analysis concludes.

Rest assured, the crop insurance industry will respond to the study, likely suggesting researchers did not look at all of the factors that drive consolidation.

More details on the crop insurance study can be found at https://agecon.unl.edu/… 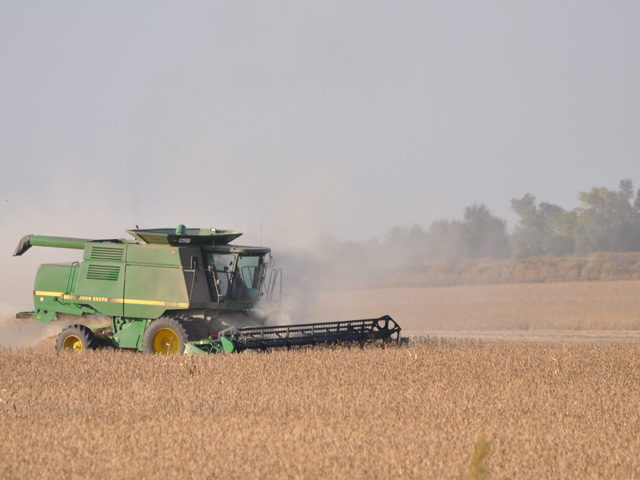