Agricultural and business groups on Sunday largely stated their support for a deal struck by President Joe Biden's administration and the European Union to dial back tariffs on EU steel and aluminum while also dropping EU's retaliatory tariffs against U.S. goods such as motorcycles and whiskey.

While at the G-20 meeting in Rome, the president reached an agreement with the European Union on steel and aluminum trade tied reducing emissions from steel and aluminum production. The deal will incentivize emission reductions from sectors of the economy that are considered carbon-intensive, but also "restrict access to our markets for dirty steel from countries like China," Biden said.

The White House noted the deal is the first global trade arrangement that would lower emissions from a major industrial industry while also addressing market distortions from an oversupply of steel and aluminum. Biden said the deal "ensures a strong and competitive U.S. steel industry for decades to come and creates good-paying union jobs at home."

Ursula von der Leyen, president of the EU Commission, described the deal as the "Global Sustainable Steel Arrangement" that will address both carbon intensity and global overcapacity of steel and aluminum. The White House said U.S. workers and domestic steel production would be incentivized to produce steel and aluminum with lower carbon footprints.

Biden on Sunday also took part in a global supply chain summit with the EU and 14 other countries as well. With that, the president is issuing executive orders to streamline U.S. stockpiles that will "allow us to react more quickly to shortfalls." The federal government increase funding for trade facilitation programs to promote more trade with Mexico and Central America, as well as Asian countries. "We cannot go back to business as usual" after seeing how the pandemic disrupted the global supply chain, Biden said.

On the steel and aluminum agreement, Biden said the deal was a breakthrough linking climate change to trade policy, as well as protecting American jobs and industry. He stressed the importance of the U.S. and EU working together on major issues.

"Together, the United States and the European Union are ushering in a new era of transatlantic cooperation that's going to benefit all of our people -- both now and, I believe, in the years to come," Biden said.

Former President Donald Trump used Section 232 of a 1962 trade law in 2018 to cite steel and aluminum imports were threatening national security. His administration placed 25% tariffs on steel and 10% tariffs on aluminum. Domestic steel companies and their workers praised Trump's move, but other manufacturers complained the tariffs would drive up costs.

The spread between steel prices in the U.S. and globally widened significantly over the past year. Hot-rolled coil steel in the U.S. was selling for about $2,124 a metric ton last week. The price is coming down slightly, but U.S. steel prices are double what they were in 2018. In western Europe, the steel price is closer to $1,190 a ton while in China steel is costing about $753 a ton, according to steelbenchmarker.com

In announcing the deal, Commerce Secretary Gina Raimondo said the cost of steel over the past year had tripled for auto and appliance manufacturers, adding increased costs for consumers. The deal would reduce inflationary pressures on automobiles, appliances and canned goods, Raimondo said. "Today's news will provide much-needed relief for those workers and industries, the workers and businesses who were threatened with overwhelming retaliatory tariffs of 50%, and American consumers who are worried about increasing prices."

Zippy Duvall, president of the American Farm Bureau Federation, said the agreement is welcome news for farmers, who were caught with tariffs on U.S. products and higher prices for heavy equipment as well.

"While the dispute centered around steel and aluminum, farmers were swept up in the turmoil as the EU clamped down on U.S. agricultural exports like orange juice, butter, cheese, pork, nuts and many more. It's crucial that we now restore those trade relationships," Duvall said. "As we continue to recover from the impact of the global pandemic, America's farmers need the stability and predictability of strong trade agreements to grow exports and provide healthy, affordable food to our international neighbors."

"Lifting this tariff burden on American whiskeys not only boosts U.S. distillers and farmers, it also supports the recovery of EU restaurants, bars and distilleries hit hard by the pandemic," Swonger said.

Myron Brilliant, head of international affairs for the U.S. Chamber of Commerce said the U.S.-EU deal would provide some relief for U.S. manufacturers, "but further action is needed." He noted companies that will see EU tariffs lifted would welcome the news. The Chamber had criticized the Section 232 tariffs when they were imposed, noting they hurt trading partners while not addressing the global overcapacity that largely comes from China.

"These tariffs hurt 50 American workers for every one they helped. We should learn from this experience," Brilliant said.

Brilliant added that the tariffs should be dropped against other countries as well. Along with announcing the deal with the EU, the Department of Commerce issued two separate statements Sunday that the U.S. is also talking with the United Kingdom and Japan to reach similar agreements on steel and aluminum capacity, as well as reducing carbon emissions from the industry.

The Distilled Spirits Council's Swonger credited the Biden administration for resetting trade relations with the EU. "The end of this long tariff nightmare is in sight for U.S. distillers, who have struggled with the weight of the tariffs and the pandemic. It's time for the UK to lift its tariff on American Whiskeys so we can all get back to toasts, not tariffs." 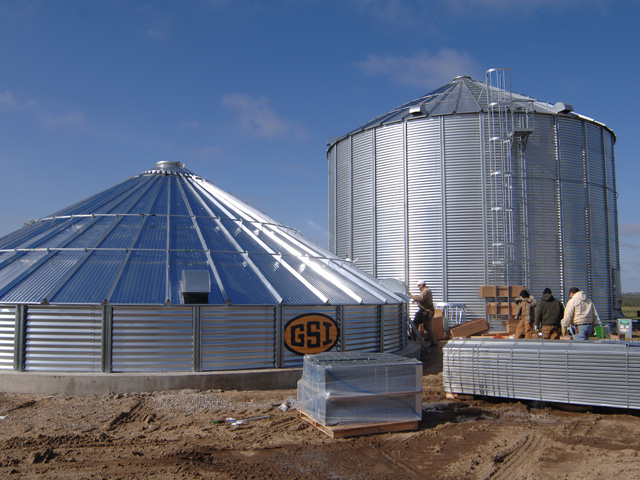