Details are thin, but USDA received its proposed rule for the next round of payments in the Coronavirus Food Assistance Program (CFAP) back from the White House on this week.

Trump made the announcement in rural north-central Wisconsin between Green Bay and Minneapolis, Minn. Trump won Wisconsin in 2016 by 22,748 votes out of more than 2.87 million votes cast, a margin under 1%. Most polls, according to FiveThirtyEight.com show Democratic nominee Joe Biden leading the president in Wisconsin. Much like a other Midwestern states, the president is counting on high rural turnout again to tip in his favor.

Talking about issues related to trade and China, Trump said, "I'm proud to announce that I'm doing even more to support Wisconsin farmers. Starting next week, my administration is committing an additional -- you've been asking for this for a long time -- $13 billion in relief to help farmers recover from the China virus including Wisconsin's incredible dairy, cranberry and ginseng farmers how got hurt badly. Been after that money for a long time."

The president reiterated a couple of times in his talk that the U.S. has taken billions of dollars from China in tariffs. "We charge them a fortune. In fact, many farmers in this group? Because you've got to love Trump. I gave you $28 billion, right? Thank you very much China, right?"

On China, Trump said farmers were targeted in the Chinese tariffs so the president approved trade aid payments of $12 billion in 2018 and $16 billion in 2019. Trump said, "We took $28 billion out of the tariffs."

The funds for the two years of Market Facilitation Program came from the Commodity Credit Corp., funded by Congress, much like the coronavirus aid. As DTN noted, there is now debate in Congress about CCC funding and concerns it could be depleted.

In the president's remarks, he also pointed out China has made some large buys of commodities in recent weeks. The president noted he views the Phase One deal with China very differently now, but he pointed out the large sales of corn, soybeans and beef going to China.

Trump said of a victory by Biden, "This is like a dream for China."

Trump also talked about dairy, saying he knows Wisconsin well, as he touted provisions in the U.S. Mexico Canada Agreement. Trump reiterated that Canada had taken advantage of U.S. dairy farmers. "You know, you had a 287% tariff on your dairy product with Canada. People don't realize Canada is one of the toughest negotiators and they treated your state and this country very unfairly until I came along -- very, very unfairly," he said. "Did you know that? 287%, but I saw some farmers and this was like that straw that broke the camel's back."

Trump talked about Canada's milk classes, saying what got him going was Canada's "specialty milk, and the way you were taken advantage of by Canada." 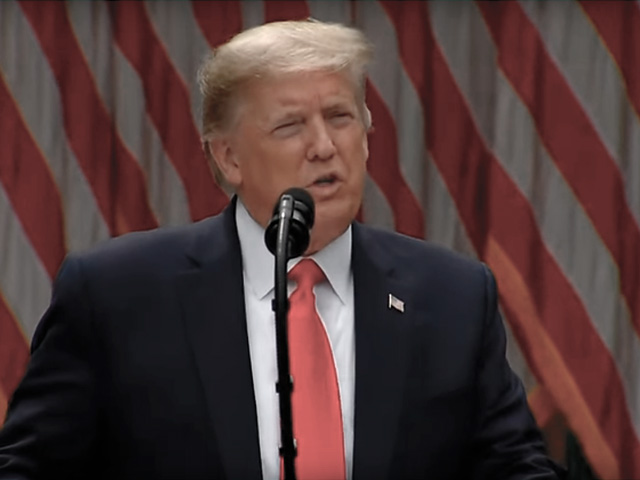