Live cattle futures and feeder cattle prices jumped on Thursday, a day after President Donald Trump told reporters at the White House that he had asked the Department of Justice to look into livestock prices.

A reporter noted that “as the price for animals on the hoof has gone down, the price of boxed beef has really skyrocketed and there’s a huge price differential disparity there. Farmers are really hurting, whereas these meat packing plants are making a lot of money. Is there something that the federal government can do? Farmers are asking.”

Trump replied, “Yeah. Well, I’ll ask the Justice Department to look into it. OK? I will ask them to take a very serious look into it, because it shouldn’t be happening that way. And we want to protect our farmers. But they’re looking into that very strongly.”

The June and August Live Cattle contracts bounced up Thursday $4.50 per cwt in both contracts. May and August feeder contracts rose even higher.

House Minority Leader Kevin McCarthy, R-Calif., on Thursday cited Chinese ownership of Smithfield, one of the nation's largest meat producers when he announced the formation of a Republican “China Task Force.”

At a news conference, McCarthy said it was “interesting that China owns a meat processing plant in South Dakota” and asked whether that is a challenge to the U.S. food supply.

Smithfield owns at least 17 packaged-meat product brands and has operations across the country. Smithfield sold to WH Group, based in China, in 2013. The Senate Agriculture Committee held hearings on the sale at the time. The sale would have been approved by the Committee on Foreign Investment in the U.S. (CFIUS), which is led by the U.S. Treasury Department.

McCarthy said the task force will include representatives of 10 congressional committees and will take a look at the U.S.-China relationship. He said Democrats were originally included in the task force but dropped out, and he criticized them for it.

McCarthy also said that the task force will include an inquiry into the origins and spread of COVID-19 and that it will make recommendations for government policy in October.

The task force will also look into Chinese influence in U.S. universities and research, he said. That could have implications for the land-grant agricultural universities.

Its recommendations could also influence the agricultural trade relationship between the United States and China since trade is usually more robust between countries that have good relations.

Washington Post columnist Josh Rogin wrote today that House Majority Leader Steny Hoyer, D-Md., and House Foreign Affairs Committee Chairman Eliot Engel, D-N.Y., had declined to comment on the establishment of the task force, but that a senior Democratic aide said, “We are very cognizant of the need to hold China accountable for its actions. But to the extent this is going to be the Trump administration’s scapegoat for its utter failure, we are not going to go along with that.”

McCarthy's comments come as Republican lawmakers are increasingly turning attention to China. Senate Majority Leader Mitch McConnell tweeted Thursday, "This pandemic originated in China. Its global spread was made worse by China’s unconscionable efforts to cover it up. Working closely with our allies and partners around the world, the U.S. will be asking tough questions about our relationship with the Chinese Communist Party."

More than 250 groups organized as the Rebuild Rural coalition wrote congressional leaders Wednesday that they should “include provisions to strengthen our nation’s infrastructure, including specific provisions focused on the unique needs of rural communities and food and agriculture sector” in the next coronavirus aid bill.

Farm Credit Council President and CEO Todd Van Hoose said in a news release, “Parents working and students studying from home has brought the urban/rural divide on broadband to the fore in a way we can no longer afford to ignore.”

“That same broadband would help rural residents avoid medical appointments through telehealth initiatives, decreasing their exposure to others at the hospitals and clinics.

“At the other end of the infrastructure equation, we’ve already seen the problems with our food supply chain. Once these processing plants return to normal operations, they will rely on roads, bridges, locks and dams -- that are crumbling by the way -- to transport that protein to consumers. As Congress considers future COVID-19 relief packages, they need to prioritize rural America’s infrastructure.”

Pelosi: 'We have to have SNAP'

House Speaker Nancy Pelosi, D-Calif., said today, “We have to have SNAP” in the next coronavirus aid bill.

Pelosi, referring a proposed increase in benefits under the Supplemental Nutrition Assistance Program (SNAP), cited a new study by The Brookings Institution showing an increase in child hunger.

“When I was hungry you fed me,” Pelosi said, paraphrasing a passage from the book of Matthew in the Bible that says “For I was hungry and you gave me something to eat.”

Pelosi said the House would come back into session as early as next week. She said she is not negotiating with the White House now, but that the SNAP increase and other items have been on the list with which the House Democrats have negotiated with the Trump administration in the past. 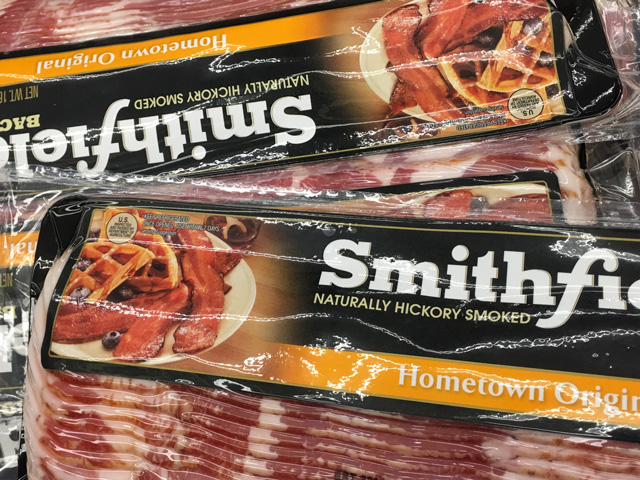