While the biggest loser coming out of the Iowa caucuses is the actual Iowa caucuses themselves, the county-by-county results show the belated winner is Pete Buttigieg, though Bernie Sanders has a strong claim to make as well.

The 38-year-old Indiana mayor on the national stage for this presidential election bested his better-known Baby Boomer competitors across the state. The numbers show Buttigieg in a statistical dead heat with Vermont Sen. Bernie Sanders with Buttigieg at 26.2% of the delegates and Sanders at 26.1%, Buttigieg still demonstrated an amazing rise for a candidate nobody knew a year ago.

Stunningly, the Iowa caucus results on Thursday morning were still at 96.43% of numbers reported across the state. While just 3.57% of results remain, or 54 precincts in more than 20 counties with results still pending, according to county-by-county map results broken down by the Des Moines Register. https://www.desmoinesregister.com/…

While Sanders carried most of the larger counties, Buttigieg won 59 counties across Iowa and came in second in 19 other counties, including Polk, Pottawattamie, Linn and Blackhawk counties.

Combined, Buttigieg and Sanders are each set right now to receive 11 national delegates out of Iowa while Massachusetts Sen. Elizabeth Warren will receive five delegates, even though Warren carried just one county -- Johnson, home of Iowa City.

Former Vice President Joe Biden carried just eight counties in the state and none of the major population centers. He placed second in Linn County, but was fourth in Polk County. He did not generate enough votes to score any national delegates. Minnesota Sen. Amy Klobuchar also carried five Iowa counties. She pulled in 12.2% of state delegates but that was not enough to garner any national delegates.

Sanders odds of winning the Democratic nomination have jumped after Iowa while Biden's chances have fallen, and Buttigieg does not seem to have gotten any significant national bump coming out of Iowa, so far.

Sanders is widely expected to carry neighboring New Hampshire, but then Democrats will turn to South Carolina, where Biden still leads in the polls, though Tom Steyer -- not a factor at this point -- has spent a lot of money running in South Carolina.

In national polls Biden still is reported as the leader, ahead of Sanders, Warren, Michael Bloomberg and Buttigieg, in that order, according to a combination of tracking polls by FiveThirtyEight.com https://projects.fivethirtyeight.com/…

Iowa officials have come out in strong defense of the caucuses since Monday's debacle, but it's going to be difficult to see how Iowa maintains its status as "first-in-the-nation" going forward. It's not just the complications with an app that failed, but the defiant overconfidence of Iowa Democratic leaders post-collapse that will lead to a shift in the way primaries are handled after 2020. 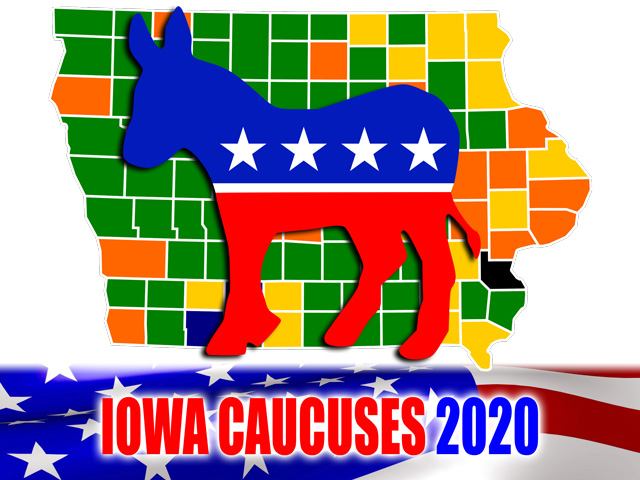