While President Donald Trump’s budget released Monday proposed cuts to U.S. Army Corps of Engineers projects in 2021 and beyond, Army Corps the same day delivered to Congress its fiscal year 2020 Work Plan for the Army Civil Works program with a list of specific projects that will receive funding.

“I am very happy to report the lower Mississippi River deepening project was included on the list,” Mike Steenhoek, executive director of the Soy Transportation Council, said in an email.

Steenhoek noted that the plan includes funds to initiate construction to deepen the Mobile Harbor in Alabama and the Mississippi River Ship Channel from Baton Rouge to the Gulf in Louisiana.

“This is obviously very welcome news for soybean farmers and all the industries that benefit from the #1 U.S. port region by volume,” Steenhoek said.

U.S. Rep. Steve Scalise, R-La., also issued a news release Monday announcing $85 million in spending to deepen the Mississippi River. The president's budget for FY 2021 also includes another $45.7 million for the project, the Associated Press reported. The State of Louisiana also is expected to contribute more than $100 million for the project.

The act provides $7.65 billion in FY 2020 appropriations for the Army Civil Works program, of which $7.197 billion is appropriated in five accounts: Investigations; Construction; Operation and Maintenance; Mississippi River and Tributaries; and the Formerly Utilized Sites Remedial Action Program.

“If the president’s FY21 budget is accepted, these construction projects would shut down for one fiscal year, workers would be laid off, and costs would increase when the projects are restarted,” WCI said.

“No president has ever proposed zero infrastructure investment. Are we to lay off the workers constructing the projects now underway? Where is the 29-cents-per-gallon fuel tax money that users pay going, while the administration seeks $180 million in additional annual fees with no plans to spend it? Where is the shame?

“The budget will hopefully be considered dead on arrival in Congress, and I will offer to members of the House and Senate to provide the shovel and the preacher.” 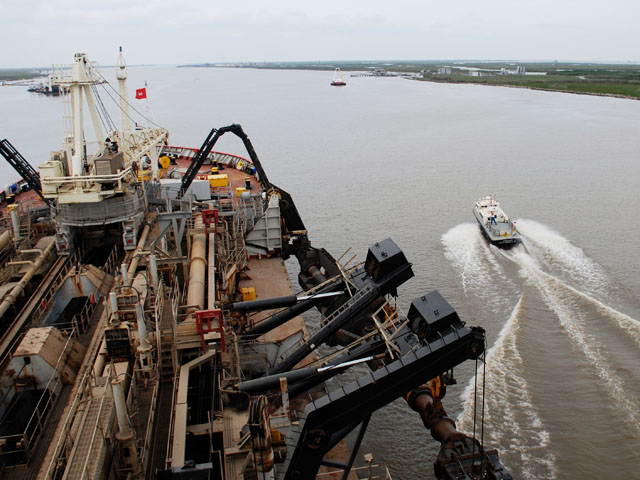