My sources tell me the vast majority of turkeys will be eaten, and not pardoned, on Thanksgiving.

"People close to the matter" also inform me dressing may also be involved and it's also highly likely at least some people -- yours truly -- will overindulge.

I can neither confirm nor deny that football fans will ignore early calls to dinner because one of the teams is driving for a touchdown. That's unlikely, given that the first game of the day is the Bears versus the Lions.

It's easy to confirm that turkey will be eaten on Thanksgiving.

But we need to have a talk about anonymous sources. They seem to be everywhere right now. Sources told a Fox Business News personality/journalist Maria Bartiromo on Wednesday that USMCA is heading to a vote. "My sources tell me USMCA will come to the floor for a vote next week at a minimum. Could pass following week," Bartiromo tweeted out.

An hour later, after 1,500 retweets, 4,800 likes and eye balls from thousands of market analysts, Bartiromo sent out a second tweet, "USMCA could come to a vote next week: Report." Fox Business Report stated sources told Bartiromo the trade deal could come to the floor next week.

USMCA could indeed come up next week, or "definitely" come up for a vote by the end of the year.

Yes, all is possible with "My sources."

Buy the Rumor, Sell the Fact

Last month, a farmer called DTN to complain because we didn't have an article posted that "China aims to buy $20 billion in ag products from the U.S." We weren't reporting the news and it seemed biased that we had not reported that "information." Bloomberg had released an article two hours earlier stating as much, "people familiar with the matter said."

The Bloomberg piece did not have one single solitary valid attributed person in it. Some of our competitors proudly had that Bloomberg piece up. I had to eat humble pie and apologize to our subscriber that, unfortunately, I don't know these people familiar with the matter. But because Bloomberg had that article, it was now market Gospel, at least for the next several hours.

Has China bought $20 billion of our agricultural products yet?

Twenty four days later, our most current wire article on the China-U.S. trade talks -- from Dow Jones with named sources -- stated the two countries say a phone call on Tuesday went well, "raising the prospects for a limited trade deal sought by both nations." Regarding agricultural products, the article stated, "Beijing and Washington are seeking an interim agreement that, at minimum, would put a hold on U.S. tariff increases while China gives some assurance that its state companies would buy more U.S. farm products."

On May 8, I reported the U.S. and China were continuing trade talks and President Donald Trump had received "a beautiful letter" from Chinese leader Xi Jinping. A day later, the president was vowing to go ahead with new tariffs against China. Que sera, sera.

It is easy to speculate USMCA could be done before the end of the year. It's also easy to declare China could buy $20 billion in U.S. agricultural products -- China was buying closer to $23 billion in U.S. ag goods before the trade dispute began. It's a little harder to report an article with actual people offering credibility to the reporting.

But sometime this weekend while we're microwaving leftovers and rooting against a college football rival, there will be a tweet or an article telling interested observers that "sources close to the talks" will be telling us all something big could possibly happen on this trade deal or that one. 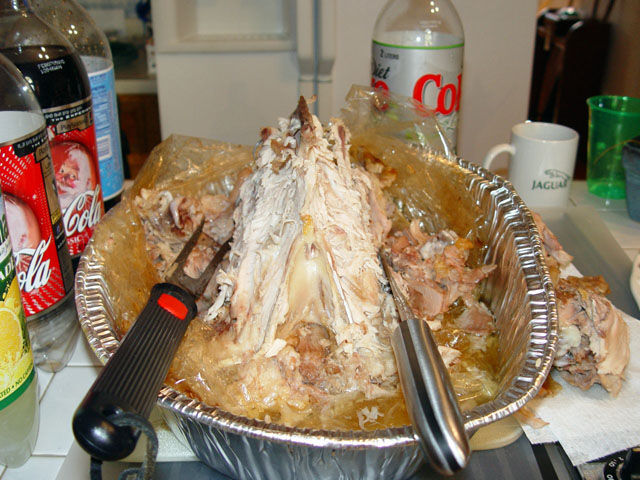