On Tuesday, Senate Agriculture Appropriations Subcommittee Chairman John Hoeven, R-N.D., said at a markup of the fiscal year 2020 Agriculture appropriations bill it is “critical” that the continuing resolution to fund the government to allow the Agriculture Department to continue to issue trade aid to farmers through the Commodity Credit Corporation.

Key House Democrats and Republicans have called on the House Democratic leadership to include the provision in the continuing resolution amid reports that House Appropriations Committee Chair Nita Lowey, R-N.Y., did not include an “anomaly” in the CR to keep the funds flowing after the fiscal year ends on September 30.

Hoeven said he would join other Republican appropriators to send Lowey a letter telling her that the measure “has to be in the extension.”

Sen. Charles Grassley, R-Iowa, told reporters on a call Tuesday that he had received an email stating that House Democrats would include the provision in the CR.

“As members of Congress who represent agricultural communities, we repeatedly hear from farmers in our districts whose livelihoods have been severely impacted by the ongoing trade wars,” Peterson, Vela and Costa said in a joint news release. “Although we mutually have concerns with President Trump’s approach to trade negotiations, we refuse to engage in the same tactics that punish our constituents and harm our communities that rely on agriculture. The upcoming CR should include the anomaly requested by USDA that would allow them to access the $30 billion in spending of the Commodity Credit Corporation prior to October 1 to ensure that MFP and farm bill payments continue to go out. We cannot and will not allow our farmers to be used as political pawns.”

In a sign of the political potency of the issue, Sen. Kevin Cramer, R-N.D., said Friday, “This is ridiculous. House Democrats seem to be joining China in trying to inflict pain on our farmers, hoping it hurts President Trump. They appear solely focused on next year’s election and are now openly playing politics with farmers’ livelihood. That is unacceptable. The enemy is China, not farmers.”

Rep. Angie Craig, D-Minn., who was first elected in 2018, said in a news release, “I will not support any further attempts to use our farmers as political pawns in today’s trade war. I will not support a continuing resolution unless it includes the necessary authority for USDA to administer the Market Facilitation Program and farm bill payments on time. It is time for our trade policy to return to robust and productive trading partnerships with a clear strategy to increase our agricultural exports. Punishing our farmers for politics, as usual, cannot and will not be tolerated.”

On Tuesday, the Congressional Research Service issued a short report explaining the need for the provision. “Without the anomaly in FY2020, CCC would still receive its appropriation under a CR, but it would be one to two months after enactment, which could potentially delay CCC-funded programming, including the Trump administration’s trade assistance to farmers affected by tariffs and 2018 farm bill payments,” CRS said.

But Rep. Rosa DeLauro, D-Conn., who is often skeptical about farm programs, sent Agriculture Secretary Sonny Perdue a letter requesting a briefing for members of Congress on the administration’s use of the CCC to direct trade aid to farmers.

“The administration’s broad and sustained use of CCC funds for agricultural programs are far beyond the size and scope of Congress’s original intent. Many leading experts have rightfully called into the question the legality of using CCC funds to distribute such large amounts of assistance,” wrote DeLauro.

“Moreover, much of the support that was promised to struggling farmers has instead flowed to those with no need of government assistance. To date, we only know a small fraction of where this money has gone. We do know, for example, the corrupt, foreign-owned meat processor JBS has received approximately $90 million and fifteen advisors to President Trump’s 2016 presidential campaign have received at least $2.2 million.”

CRS – The CCC Anomaly in an FY2020 Continuing Resolution: https://crsreports.congress.gov/… 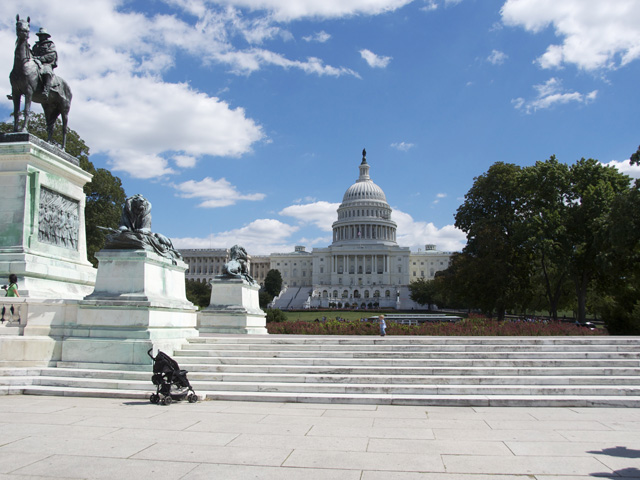