Trade disruptions in Iowa looking at soybeans, pork and corn combined will impact the Iowa economy somewhere in the range of $1.68 billion to $2.216 billion looking at direct effects and additional related losses in different sectors of the economy.

Iowa State University's Center for Agricultural and Rural Development looked at historical trade patterns, income and changes to the futures market to peg the near-term impacts of tariffs and trade disruptions on the state.

The analysis showed $1 billion to $2 billion in overall losses to the state's gross product, led by losses in the pork industry ranging from $558 million to $955 million, or an average loss across all models at $776 million. That's a 10.9% loss for the pork industry, which has a $7.1 billion annual impact on the state.

For soybeans, the losses range from $159 million to $891 million, with an average across the models calculated at $545 million. That works out to about a 10.4% loss for the $5.2 billion soybean industry in the state.

Losses for corn came in at a range of $90 million to $579 million, with average revenue loss of $333 million. Those losses are significantly higher than damaged calculated by USDA, which essentially will pay out 1/2 penny per bushel to corn farmers for trade losses.

The ethanol industry in Iowa also is losing about 2% of prices, about $105 million, because of the tariffs.

Beyond those impacts, numbers of overall state losses because of labor incomes declining also adds $366 million to $484 million to the lost industry income as well. State tax revenue losses in Iowa because of trade disruptions also will range between $111 million to $146 million as well.

The report on Iowa economic losses comes as China Daily paid for a four-page insert in the Sunday Des Moines Register criticizing President Donald Trump and his administration over tariffs. The insert specifically detailed some of the issues related to export of soybeans.

“As the largest importer of U.S. soybeans, China is a vital and robust market we cannot afford to lose,” the insert cited Davie Stephens, a Kentucky farmer and vice president of the American Soybean Association.

The full CARD report can be viewed here: https://www.card.iastate.edu/… 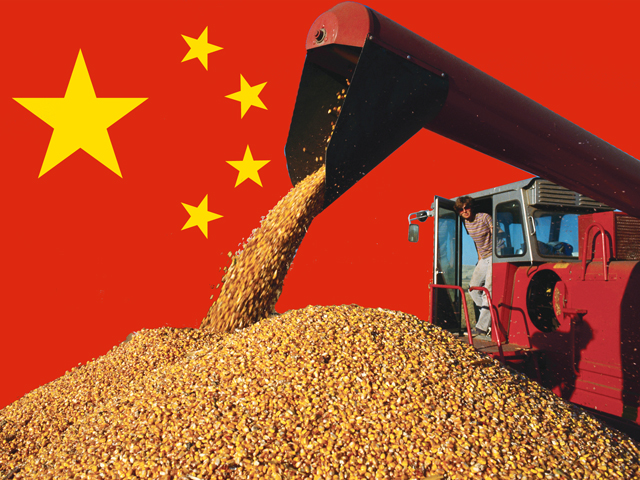