One of Japan's top officials said Monday that Japan is not interested in a bi-lateral trade deal with the U.S.

"Japan is not going to do anything with any country that harms the national interest," said Yoshihide Suga, chief cabinet secretary in Japan's government, told the Sydney (Australia) Morning Herald. "With FTA negotiations too, we handle them in that way."

Since the U.S. dropped out of the Trans-Pacific Partnership in January 2017, the argument from the U.S. side has been that Japan and the U.S. are going to reach a bi-lateral trade deal. Suga reiterated that Japan will continue to push for the U.S. to rejoin TPP. https://goo.gl/…

Last week, as reported by the Food and Environment Reporting Network, Senate Agriculture Committee Chairman Pat Roberts told the Washington International Trade Association (WITA), "There is a danger we will be left behind" in the race for sales on the world market.

Roberts was voicing his concern on tariffs, he explained, "I have voiced my concern time and time again that tariffs placed on our trading partners pose a significant threat to the international markets upon which our economy relies,” Roberts said. "We have seen those threats realized over the past several weeks — notably exports of soybeans and meat to China. And the problem is only growing as other trading partners follow suit." https://goo.gl/…

As U.S. agriculture focuses on tariffs and looking for the light at the end of the tunnel, other countries are finally seeing the fruits of the slower, longer process of trade talks. Japan and the European Union announced earlier this month they are finalizing the Japan-EU Economic Partnership Agreement. The trade deal is the largest ever finalized (TPP would have been larger until the U.S. backed out). And the Japan-EU Economic Partnership Agreement highlights just how hard it is for two of the world's most developed countries to come to terms on all the issues involved. Japan and Europe started these talks in 2013 and just closed the deal.

The EU-Japan deal has some serious ramifications long-term for U.S. meat exports to Japan.

The EU exports $6.7 billion (5.7 billion Euros) in agricultural products to Japan, making it the EU's fourth-largest market already. Over time, around 90% of EU products will be allowed to enter Japan duty-free.

Tariffs on pork, the EU's main agricultural export, will be duty free for processed pork meat and nearly duty free on fresh meat. Tariffs on EU beef will be cut from 38.5% to 9% over 15 years. That's pretty much what the Australians got, and basically what the U.S. was offered under TPP. So unless something changes, Europe and Australia both will have significant tariff advantages over U.S. beef.

For cheese products, tariffs on most European "hard cheeses" such as Gouda and cheddar, will go from 29.8% to duty-free.

And creating a whole separate problem for exports from the U.S., the EU notes more than 200 European agricultural products will receive Geographical Indication protection in Japan, meaning on the EU can call those products those specific names. http://trade.ec.europa.eu/…

Last April, USDA's Foreign Agricultural Service released a report stating the Japan-EU agreement threatens U.S. pork exports to Japan. As of 2017, the U.S. and EU were almost at parity when it comes to pork shipped to Japan. The EU sent over $1.696 billion in pork while the U.S. shipped $1.686 billion. The U.S. and EU essentially each shipped one-third of Japan's overall pork imports.

According to USDA, the Japan-EU trade deal grants Europe basically the same deal Canada, Mexico and Chile got in the Trans Pacific Partnership. Japan will eliminate tariffs on more than 60% of its pork import products in 12 years. As the Foreign Agricultural Service noted, an array of different EU pork products will see tariffs come down or phased out in just five years as well. The Foreign Agricultural Service stated in April that U.S. ag exporters "will face challenges as the EU gains preferential tariffs under the Japan-EU EPA (Economic Partnership Agreement). Similar to the TPP, where U.S. competitors are gaining preferential access to important export markets, the EU-Japan agreement threatens to cut into U.S. market share and depress profits for U.S. pork producers who depend on export markets for over 20 percent of their income." https://www.fas.usda.gov/…

As the U.S. works on the North American Free Trade Agreement, and battles with both China and Europe over tariffs, the EU has a deal with Canada and also reached a deal in April with Mexico. Now the EU is pushing to wrap up talks this fall with "Mercosur" countries -- Argentina, Brazil, Paraguay and Uruguay.

Chris Clayton can be reached at Clayton@dtn.com 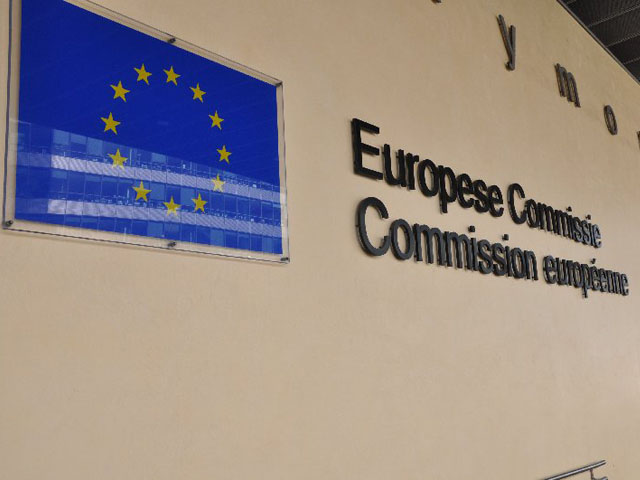