It's kind of baffling that the House and Senate could not get organized for an initial farm bill conference before the House left for its August recess.

Last week, the "Big Four" met -- the chairmen and ranking members of the House and Senate Agriculture Committees -- and they issued a brief statement that didn't say a whole lot, as DTN Political Correspondent Jerry Hagstrom reported.

“We look forward to working together to get a farm bill finished as quickly as possible, and we’re committed to finding solutions to resolve the differences. We must keep working to provide American farmers and families with the certainty and predictability they need and deserve,” they said.

Hagstrom added, that one aide involved in the talks said that the four principals had agreed to have weekly phone calls, have begun discussing when they can meet in August and are committed to getting the conference report into law by September 30 when the current farm bill expires.

The aide also said that committee staffs will work on the conference through August.

While the House has named it conferees to negotiate differences between the two farm bills, the Senate has not. As Politico reported Monday, there are a couple of hang ups, one involving a bill by Sen. Deb Fischer, R-Neb., to ease regulations on service hours for agricultural truckers.

The other issue, Politico reported, is a push by Sen. John Kennedy, R-La., to revive his amendment to require people on the Supplemental Nutrition Assistance Program (SNAP) to "to show a photo ID when making purchases using benefits." The idea doesn't seem to have a lot of support in the Senate, but it's still out there.

On the surface, demanding identification to buy groceries with SNAP seems logical as one more way to reduce fraud and abuse with SNAP, but who would have to provide the ID? In "the real world" this doesn't necessarily work, or at least I know it would be impractical and incredibly inconvenient for a lot of families.

You see, I remember the old food stamps pretty well. My family was on food stamps for a time when I was a kid. I don't remember exactly how long that was the case, but as a kid I was also my mother's errand boy. She had two younger kids, my brothers, who were nearly four to six years younger than me. So I spent many days walking back and forth to the grocery store. And there was a time when my mother gave me those stamps to use. They came in a book and she generally figured out how much I would need and I'd head to the store while she managed my brothers and everything else that went on at our house. It didn't take me long to understand those stamps weren't real money, but something the government gave us to get by. Somewhere along the way, we stopped using those stamps.

I never bring up those days with my parents, but I still remember those trips to the store with those stamps.

Later on, I worked at a grocery store during most of my time in college. Yeah, I saw people abuse the stamp system. People would buy cheap stuff with stamps to get the change so they could buy cheap beer or smokes. It happened. But I also remember kids coming in, just like I did, with a list of items from their mom and some stamps to pay for it. That happened all the time, and there were always people who judged, but I remember basically being in the same situation as a 12-year-old. And what would those kids have done if I had to ask them for identification?

So tying up the farm bill because we need to have an ID for everyone who uses SNAP probably seems really logical if you are a senator or Senate staffer who never had to deal with needing such aid. It doesn't work as well if you are young parent with a two or three kids, no car but one child old enough to walk down to the local store and get a gallon of milk and a pound of hamburger.

As it is, novel ideas like this are also going to make it harder to get a farm bill done on time as well. 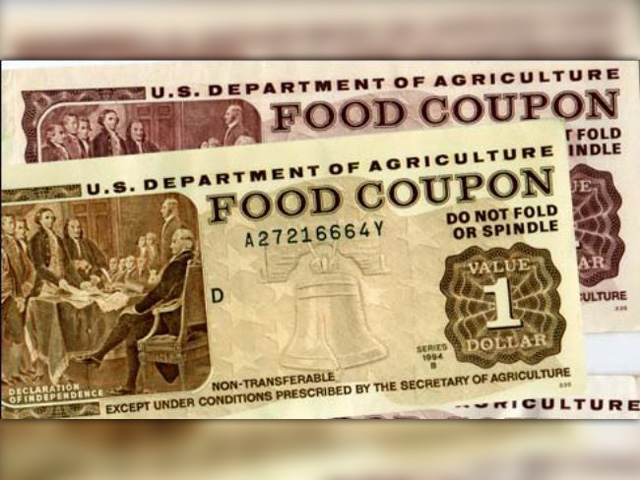