The states of California, Maryland and New York filed a lawsuit Wednesday against EPA and Administrator Scott Pruitt for delaying new requirements for farm employers to provide more pesticide training for farmworkers and pesticide handlers.

The lawsuit was filed in the U.S. District Court for the Southern District of New York. The states argue that EPA's actions harm hundreds of thousands of farmworkers and their families.

EPA under the Obama administration updated the worker protection standard for pesticide applications in 2015, which the court filing states had not been updated in 25 years. One of the impacts from more frequent training would be helping workers and handlers reduce exposure to families because they will gain more information about take-home residues.

Last December, EPA delayed publication of new training materials and in doing so, the lawsuit states, EPA ended up "indefinitely delaying the compliance dates for the enhanced pesticide safety training provisions ..." EPA did so even though it had the new training materials on hand and ready to make available. EPA announced its decision with a notice in the Federal Register and added that EPA also intended to reconsider other aspects of the rule.

The rule also had higher content for pesticide training, including more than double the topics to highlight with workers.

The 2015 rule had more than 2,400 comments and 393,000 signatures supporting the chang4es. The rule set a minimum age of 18 for pesticide handlers and farm workers who enter the farm under restricted time intervals. The rule limited farm workers going into zones on a farm when pesticide applications are going on.

In the lawsuit, California officials noted the state has an average of 423,700 farm workers and used 209 million pounds of pesticides in 2016. Along with that, up to 91% of those farm workers are immigrations, primarily speaking Spanish and roughly 63% of those workers were also parents.

While California is taking a lead in the case, the state already uses training rules as stringent as the 2015 EPA rules. However, California cited that workers who migrate out of California do not receive such training.

The states cited the Centers for Disease Control, as well as a Rand organization study show farmworkers experience high rates of fatal and nonfatal injuries and illnesses, including illnesses related to pesticides.

Further, children of farmworkers may be exposed to pesticides that their family members bring home on their skin and clothing.

As of now, EPA has issued its notice to delay the 2015 rule, but EPA has not issued any proposed rule changes.

“EPA Administrator Scott Pruitt is not above the law. He does not get to do away with protections simply because he does not like them.” said California Attorney General Xavier Becerra. “It’s because of agricultural workers — many of whom are immigrants — that families across America can enjoy fresh fruits and vegetables. Agricultural workers deserve to know that we have their backs. We will continue to hold the EPA accountable. That’s why, with today’s lawsuit, my Office has sued EPA Administrator Pruitt a total of 11 times.” 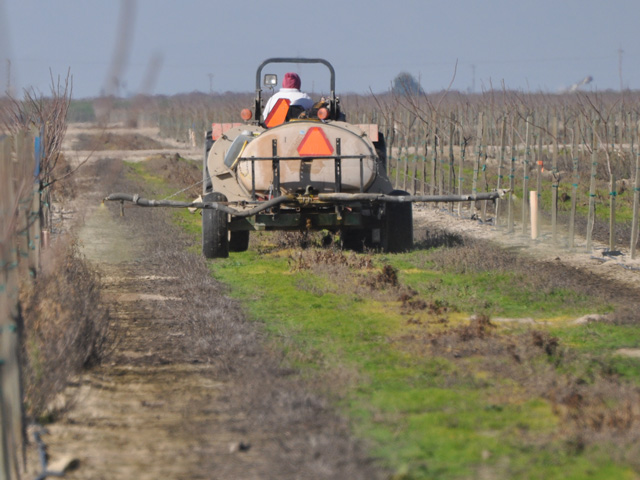